In 1921, the Bacillus Calmette-Guérin (BCG) tuberculosis vaccine was first administered to a human. The vaccine was developed by French scientists Albert Calmette and Camille Guérin to protect against tuberculosis of the lungs, a leading cause of death in the early 1900s.

In the hundred years since its first use, the BCG vaccine has not only prevented countless deaths from tuberculosis, but has been widely used to protect against or treat a number of other diseases. The jab, a mainstay on the World Health Organization (WHO)’s List of Essential Medicines, is given to around 100 million children worldwide every year.

Pharmaceutical Technology takes a look at the vaccine’s history and its applications elsewhere in medicine today.

German physician and microbiologist Robert Koch first identified Mycobacterium tuberculosis (M. tuberculosis) as the cause of tuberculosis infection in the 19th century. It was later hypothesised that infection with the Mycobacterium bovis (M. bovis) strain of the disease, found in cows, could offer protection against human tuberculosis. Trials pursuing this approach led to disastrous results, as bovine tuberculosis was revealed to be just as harmful as the human strain. 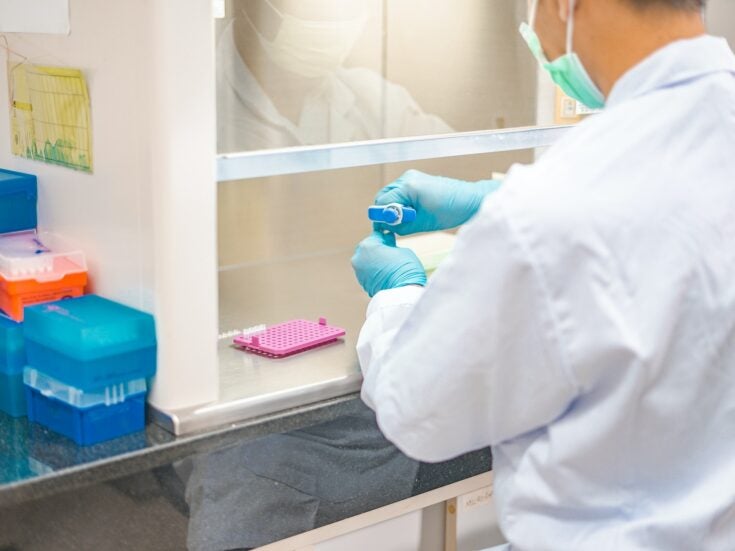 In 1904, Calmette isolated M. bovis from the milk of an infected cow, and, with his assistant-turned-partner Guérin, worked to produce a weakened version of the bacteria that could be safely used as a vaccine. After 13 years of research, the attenuated BCG strain had been developed.

BCG was adopted by the Health Committee of the League of Nations – the WHO’s predecessor – in 1928, but the vaccine was not widely used until after the Second World War.

The tuberculosis vaccine has been found to offer some protection against leprosy and Buruli ulcer, other diseases also caused by mycobacteria.

The protective effect of BCG against leprosy – an infectious disease that can lead to damage of the nerves, respiratory tract, skin and eyes – ranges between 20% and 80%, according to the WHO.

Buruli ulcer is a relatively rare disease, characterised by painless open wounds and found most commonly in Sub-Saharan Africa and Australia. Research has suggested that vaccination with BCG could help protect against or delay the progression of Buruli ulcer.

BCG is the most commonly used immunotherapy for early-stage bladder cancer. Since 1977, the vaccine has been used as standard of care for the disease, often injected directly into the bladder after surgery to prevent cancer cells from growing or returning there.

The BCG vaccine’s mechanism in this indication is unclear, but the jab is believed to induce a local immune response that helps to fight tumours within the bladder.

The vaccine is also being investigated as a potential therapy for colorectal cancers. Studies have suggested BCG could provide some benefit in the disease area, and US biotech Vaccinogen is currently trialling a BCG-adjuvanted cancer vaccine for the treatment of stage II colon cancer.

Early research has indicated that BCG could hold promise as a potential treatment for autoimmune diseases such as type 1 diabetes.

In 2018, researchers from Massachusetts General Hospital found that BCG vaccination led to “lasting clinically and statistically significant drops” in HbA1c (average blood glucose) levels in a Phase I trial of individuals with type 1 diabetes. Additional findings from this year showed, among other results, that BCG was particularly effective in reducing HbA1c levels in participants aged under 21 years.

Over 20 clinical trials are currently taking place to investigate whether the BCG jab could be repurposed to protect against Covid-19, or reduce the risk of severe lung damage from the virus.

One study by researchers at the Indian Council of Medical Research’s National Institute for Research in Tuberculosis has suggested that the vaccine could reduce Covid-induced inflammation in elderly people. Earlier research, yet to be peer-reviewed, also found that BCG vaccination resulted in a 68% risk reduction for total Covid-19 diagnoses and could serve as a preventative measure for those most vulnerable to the virus.

While BCG is not currently recommended for use in this context, if trials are successful, the vaccine could provide an alternative means of protection against severe Covid-19 in countries where coronavirus vaccine supplies are limited.