For decades, most patients with depression have had access to cheap, generic selective serotonin reuptake inhibitors, or SSRIs. Now, a new generation of rapid-acting anti-depressants, including Relmada Therapeutics’ candidate REL-1017, is vying to shake up the landscape.

REL-1017 is an oral pill with a similar mechanism to Spravato (esketamine), a rapid-acting nasal spray that gained FDA approval for treatment-resistant depression (TRD) in 2019. Clinicians say Spravato, developed by Janssen Pharmaceutical companies of Johnson and Johnson (J&J), has clear-cut efficacy advantages over SSRIs, though it is classified as a Schedule III substance with serious concerns of “diversion” or illegal distribution and abuse.

Thus far, Spravato has struggled to gain market traction since its high price tag and abuse potential often outweigh the significantly added efficacy. Finding providers in the community who offer Spravato as a treatment and getting insurance companies to reimburse it has been a problem, says Dr Mark Zimmerman, professor of psychiatry at Brown University. J&J has not released Spravato sales figures in its latest quarterly earnings. 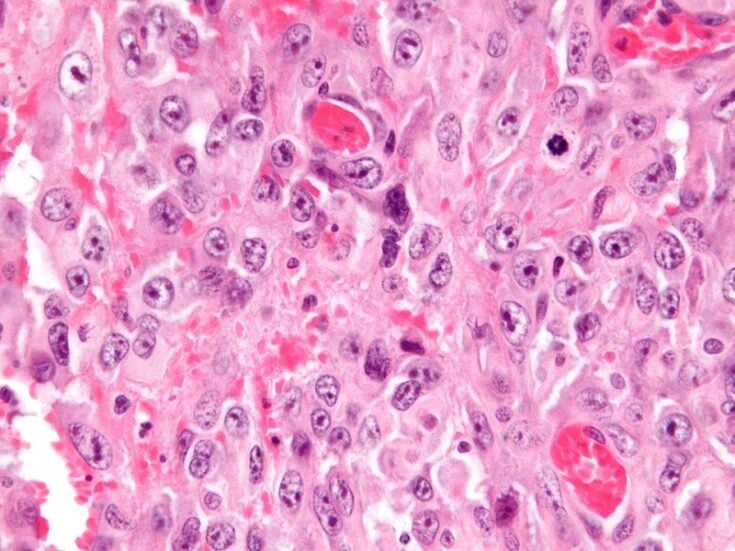 Overall, it remains to be seen whether new therapies for depression like Spravato—and REL-1017 if approved—can compete with the plethora of well-established, low-cost alternatives. But clinicians say the field could be on the cusp of change as prescribers gain comfort with a wider range of treatment paradigms. As per GlobalData consensus forecasts, the market for drugs indicated for major depressive disorder (MDD) is expected to expand from $17 billion in 2022 to $32 billion in 2028.

Sanacora anticipates many changes in how behavioral health care is provided in the next few decades. “We’re at a point of tremendous flux in how depression is going to be treated.”

Both REL-1017 and Spravato target the NMDA receptor, which is implicated in neurodegenerative and neuropsychiatric diseases. Spravato has shown significant, fast-acting efficacy in treatment-resistant depression, but patients must be clinically monitored for several hours after treatment for hallucinogenic effects and drug abuse. Relmada is developing REL-1017 as a fast-acting alternative to Spravato with better tolerability and lower risk for drug diversion.

“REL-1017 is very similar to Spravato, but with a twist that reduces abuse potential,” says Dr Luca Pani, professor of Clinical Psychiatry at the University of Miami and a Relmada Scientific Advisor. “It only blocks the NMDA receptors when they are ‘over-frying,’ shutting off the dysphoric type of rage stemming from too much irritability and excitement.”

In a previous Phase II trial of REL-1017, there were no serious adverse events in either treatment or placebo arms. At least one adverse event occurred in 71.4% of patients taking REL-1017 50mg, 47.4% of those taking REL-1017 25mg, and 54.5% of those taking placebo. All of Relmada’s Phase III trials use a 25mg dose, and REL-1017 has not been associated with hallucinogenic effects.

All dose levels of REL-1017 showed a statistically significant difference in abuse potential over ketamine—a version of esketamine that constitutes Spravato—in a human abuse study. But it remains to be seen whether this early data will translate into real-life, tangible administration benefits over Spravato, Zimmerman notes. The key questions will be how long patients need to stay in the office after REL-1017 administration and have their vital signs monitored, and how securely the drug would need to be stored, he adds.

Sanacora says it’s also important to see how the efficacy of REL-1017 stacks up against Spravato, adding that he is hesitant to extrapolate too much from early data. Four Phase III trials expected to complete this year are evaluating REL-1017: as an adjunctive therapy in RELIANCE-I and RELIANCE-II; a monotherapy in RELIANCE-III (NCT05081167); and part of a long-term safety assessment in RELIANCE-OLS.

With the cost of generic SSRIs as low as $1 per kilogram, it can be tough for newer, brand-name depression drugs like Spravato, and REL-1017 if approved, to compete in a crowded market. Zimmerman says he has referred only one patient to receive Spravato, but their insurance required a 20% copay for an approximately $8,000 treatment. That price tag was too steep, so the patient ultimately did not receive Spravato, he says.

To convince payers to cover a newer depression drug, improved quality of life is not enough, notes Pani, who helped negotiate coverage for the first gene therapies in Europe. Instead, drug manufacturers must show payers that a new depression drug can also decrease avoidable costs due to emergency room visits, psychiatrist appointments, and adjunctive treatments, he adds.

In addition, it will be necessary to do head-to-head trials to establish coverage, beyond the placebo-controlled trials required for approval, Zimmerman says. This can be particularly challenging for later-line treatments where it’s unclear whether a traditional SSRI makes sense as an active comparator, he explains.

For new treatments like REL-1017, the math can quickly become challenging. It costs tens of millions of dollars to run clinical trials bringing a depression drug to market, and the result could be competing for fourth-line status with therapies like Spravato, Sanacora says.

In addition to coverage barriers, it can prove challenging for providers to move away from traditional models of prescribing SSRIs and towards newer treatment structures, Sanacora explains. Most mental health care is provided by primary care doctors and private psychiatrists who typically lack the physical space and equipment to monitor patients after taking Spravato, he notes.

But as drug development continues to bring new approaches, prescribers are likely to adapt, Sanacora says. MDD, like many mental health conditions such as schizophrenia, is seeing a shift in drug development away from the traditional SSRI mechanism that has long dominated the field.

Outside of NMDA receptor antagonists like REL-1017 and Spravato, there are a number of new therapeutic targets vying for market share in MDD. Zuranolone, an oral GABA-A receptor positive allosteric modulator being developed by Biogen and Sage Therapeutics, requires only two weeks of dosing for sustained effect. Experts expect an approval in 2023, but questions about the magnitude of zuranolone’s efficacy loom large.

Finally, a boom in the research of psychedelic treatments for depression could radically shake up the field. Psylocibin is gaining steam as a potential therapeutic option, with companies investing in artificial intelligence platforms to speed drug development.