The enthusiasm to build strong, sustainable supply chains only has only increased in the last few years following Brexit and the Covid-19 pandemic. Among other things, adopting continuous flow manufacturing (CFM) practices is often cited as a solution for the pharmaceutical industry. But despite the push given by the emergent nature of the pandemic its ultimate adoption represents a longer, more careful trend in the sector which is potentially limited by apprehensive investment.

The document includes detailed information on the manufacturers and suppliers and their products, along with contact details, to inform your purchasing decision.
by VMS Engage-Buyer's Guide
Thank you.Please check your email to download the Buyer's Guide.

Continuous manufacturing is best described as a series of processes that optimize drug production to a continued flow of drugs. This is in contrast to the widely used batch manufacturing, which consists of complex processes rendered across the world where materials are made in large batches, rather than in a consistent flow.

Denoted as one of the top 10 emerging technologies, a November 2021 World Economic Forum (WEF) report stated that CFM could effectively “revolutionize” the process of drug manufacturing by allowing greater personalization of each medicine made on-demand that would not need to be shipped across multiple locations. Yet adopting CFM will likely be a long process, particularly while producing complicated assets like biologics. 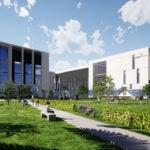 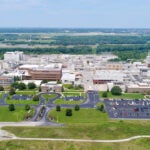 Push to reshoring production due to Covid-19

The Covid-19 pandemic pushed the industry’s attention to continuous manufacturing to reshore production and bolster domestic supply chains, says Christian Oliver Kappe, a chemistry professor at the University of Graz in Austria. There are increased efforts in the US and Europe to return the active pharmaceutical ingredient (API) manufacturing and the production of raw materials and intermediates back to those countries, says Kappe.

In early 2021, President Biden signed an executive order aimed at building US supply chains for critical materials and increasing their resilience. As part of the order, the report, published in June 2021, specifically mentions the need to invest in the development of new pharmaceutical manufacturing processes, and singles out continuous manufacturing. According to David Thompson, co-founder of Continuity Pharma, a US-based company that develops equipment used for this manufacturing method to produce essential medicines, the pandemic has likely increased the focus on continuous manufacturing. In September 2020, DARPA gave Continuity Pharma a $1.5 million grant to further develop their technology.

While the pandemic increased the attention on continuous manufacturing, we could have seen growth in the technology without one, says Kappe. Ryan Hartman, a chemical and biomolecular engineering professor at New York University, says the industry was taking off in that direction anyway.

Back in 2014, Amgen opened a $200 million manufacturing plant in Singapore that included elements of continuous manufacturing. A year later, Vertex Pharmaceuticals’ cystic fibrosis (CF) treatment Orkambi became the first FDA-approved drug manufactured using continuous flow protocols, and the company continued to use similar manufacturing processes for its other CF drug, Symdeko, in 2018. More recently, mRNA vaccines, like those by Pfizer-BioNTech and Moderna, are reported to rely on microfluidics, a continuous flow process to manufacture lipid nanoparticles. According to WEF report, companies such as Eli Lilly, Johnson & Johnson, and Novartis are also making their forays into continuous manufacturing.

Separately, Brexit has served as a key factor in the potential use of CFM in strengthening the domestic supply chain in the UK, says Ian Baxendale, professor, and director of impact at the Department of Chemistry at Durham University. In that sense, Covid-19 has not been the sole reason for an interest in CFM, but has rather given an opportunity for greater planning, he adds.

Baxendale specifically mentions challenges in securing API intermediates and the desire to do so domestically. The much-needed production of intermediates is often located in a different country to that of the final assembly, says Salvatore Mascia, CEO of Continuus Pharmaceuticals, a Boston-based company specialized in integrated continuous manufacturing. But all of those steps could be integrated into a single end-to-end solution with CFM, says Mascia. In January 2021, the US Department of Defense awarded $69.3 million to Continuus in order to develop greater domestic production capabilities.

Elsewhere in the world, Baxendale and Kappe point out to increased interest in CFM in Africa and South America. Countries such as Brazil or South Africa could essentially skip a generation of processes and focus on developing a more continuous local API supply chain, Kappe says.

Kappe also mentions high sales figures of CFM equipment in China and India. In December 2021, Shanghai Pharmaceuticals and Syntegon announced a partnership to build a CFM laboratory in China. This February, Asymchem Laboratories, a Chinese CDMO, acquired Snapdragon Chemistry, a chemical technology company developing CFM equipment. The CDMO plans to grow its use of CFM in its site while announcing expanded batch capabilities.

But while CFM may have received renewed attention, obtaining appropriate funding remains challenging, says Vikramaditya Yadav, associate professor at the Department of Chemical & Biological Engineering at the University of British Columbia. Some companies are careful while investing in it while waiting for more assurance instead, Yadav explains.

The scale of the movement toward continuous manufacturing could also depend on existing investments, says Hartman. Companies that developed facilities featuring semi batch processes would want to first look at the ways to improve what they already have, rather than buying anew, he adds. To be worth the investment, continuous processes would need to be able to replace batch procedures that were made for assets designed with batch manufacturing in mind, says Kappe. This careful approach holds the sector back to an extent, he adds.

Companies also remain afraid of investing too much capital into developing continuous manufacturing protocols for assets that may eventually fail in the clinic, adds Kappe. They could, however, focus on manufacturing generic drugs that are always in high demand using continuous flow methods, he says.

Yet the production of generics and critical medicines is not as attractive to venture capitalists as it would be for high value compounds, says Thompson. He describes this as somewhat of a “Catch-22” situation where governments became interested in CFM as means of securing a molecule that was in shortage during the pandemic, but such drugs do not have great profit margins or seem lucrative to potential investors, he explains. And while some have successfully adapted CFM practices in downstream processing, upstream processing appears as a potential risk to venture capitalists, Thompson says.

In addition, securing talent has also proven difficult, says Thompson. There are not enough people trained with the understanding of continuous processes, he says. CFM requires a different approach to doing chemistry with a different skillset, says Baxendale.

Although the FDA has approved several continuous processes in the past few years, adapting the current regulatory language remains a work in progress, says Thompson. Regulatory uncertainty acts as a disincentive for investors, he adds. Rather than a challenge, the development of CFM processes can be compared to a certain unknown where each process and research are distinct and novel, says Baxendale.

The application of continuous processes for biologics production has its own set of challenges, whether it is potential fouling, macro molecules, or even contamination, compared to small molecules, says Hartman. Similarly, the creation of a continuous fermentation process in biopharmaceuticals remains a grand challenge when understanding batch fermentation was itself difficult, says Yadav. Still, he says contamination in continuous manufacturing could be easier to control, as it allows the producer to quickly get rid of the issue, but adequate monitoring remains critical. Similarly, CFM of highly advanced therapies such as CAR-T therapy remains at the very beginning as their manufacturing remains highly manual, says Jason Foster, CEO of Ori Biotech, a company focused on cell and gene therapy. At the same time, Foster says that CFM could be an avenue to scaling viral vector production.

As of now, Baxendale says that some aspects of CFM are appearing in the pharmaceutical industry rather than a wholesale transfer to flow chemistry. New tools and new processes still need to be created, and many companies consider CFM at a proof-of-principle stage, says Baxendale. Although CFM could play an increasingly more visible role in the industry, Kappe anticipates seeing the use of both batch manufacturing and CFM in a hybrid system in the years to come.

New legislation and regulation could be key for implementing CFM protocols that have a positive impact on environmental sustainability, says Hartman. According to him, without legislative drivers, the question to switch to a new protocol will be driven by profitability and earnings.

The document includes detailed information on the manufacturers and suppliers and their products, along with contact details, to inform your purchasing decision.
by VMS Engage-Buyer's Guide
Thank you.Please check your email to download the Buyer's Guide.
Topics in this article: featured, homepage top section