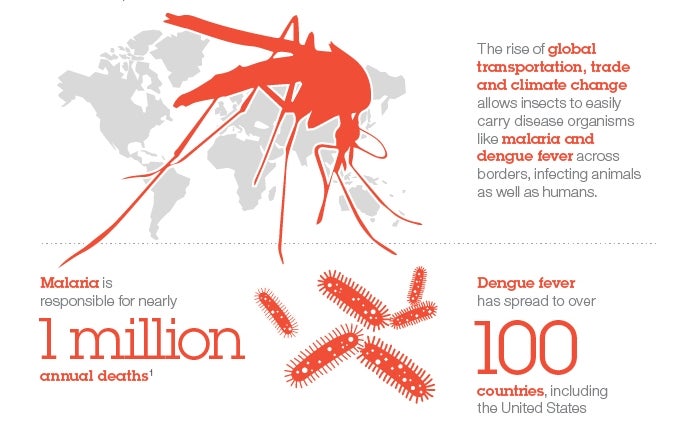 Back in 2011 Hollywood thriller Contagion depicted the worldwide spread of a killer virus and scientists’ desperate battle to decode and contain it before it was too late.

While the plot of the film may sound predictable, there was one thing about this Soderbergh-directed hit that did surprise many of its viewers, particularly those in the scientific community – its accuracy.

Indeed, Dr Ian Lipkin, professor of epidemiology, neurology and pathology at New York’s Columbia University, the scientist who served as a senior technical adviser to Oscar-winning director Steven Soderbergh on Contagion, was keen to emphasise at the time that the plot was anything but unrealistic, and that virus outbreaks really are an increasing threat in the 21st century, due to greater international trade and travel, urbanisation and inadequate investment in infrastructure for surveillance, vaccine production and distribution.

"People need to understand that science is critical to address these kinds of challenges and respond in real time," he warned. His call may just have been answered.

Scientists from IBM, in collaboration with their counterparts at Johns Hopkins University and University of California, San Francisco (UCSF), are, as you read this, in the process of creating smart data tools to help contain global outbreaks of dengue fever and malaria more quickly and effectively than ever before.

What’s more, the technology they are working on is both easy to use and open-source, meaning it could develop as fast as scientists around the world can input their data into the system.

Models on top of models: how to predict and contain the spread of diseases

"Virus outbreaks really are an increasing threat in the 21st century, due to greater international trade and travel."

Vector borne diseases, such as malaria and dengue fever, are infections transmitted to humans and other animals by blood-feeding insects like mosquitoes, ticks and fleas. And, while this alone makes them extremely complex diseases to prevent and control, there are also many other factors – such as the rise of global transportation, trade and climate change, as well as a shortage of vaccines – which are further contributing to these diseases showing up more and more all over the world.

Dengue fever, for example, has spread to more than 100 countries, including the United States while malaria is responsible for over one million annual deaths.

Because of the huge number of factors that contribute to a disease outbreak, IBM scientists realised that single disease models were not sufficient to accurately predict – and consequently contain – outbreaks. Rather, they needed models on top of models, and models on top of data; they needed to be able to understand not only the dynamics of the disease itself, but also the spread of insect vectors and contributing environmental factors, among many other things, to combat the spread of these illnesses in real-time.

"With the availability of fast and powerful computers, it has become easier and easier to increase the complexity of the mathematical models to incorporate more realistic scenarios," said Simone Bianco, associate specialist at UCSF’s department of microbiology and immunology. "The challenge is to increase our predictive power without sacrificing the inherent simplicity of the mathematical description, to afford ever more realistic and applicable results."

And that’s exactly what the team has managed to achieve with their new models for malaria and dengue fever, which are shared as part of the open-source modelling application, Spatio Temporal Epidemiological Modeler (STEM). In fact, Bianco believes that the dengue fever model the team has created certainly represents the most realistic mathematical model to date to describe the spread of the disease. 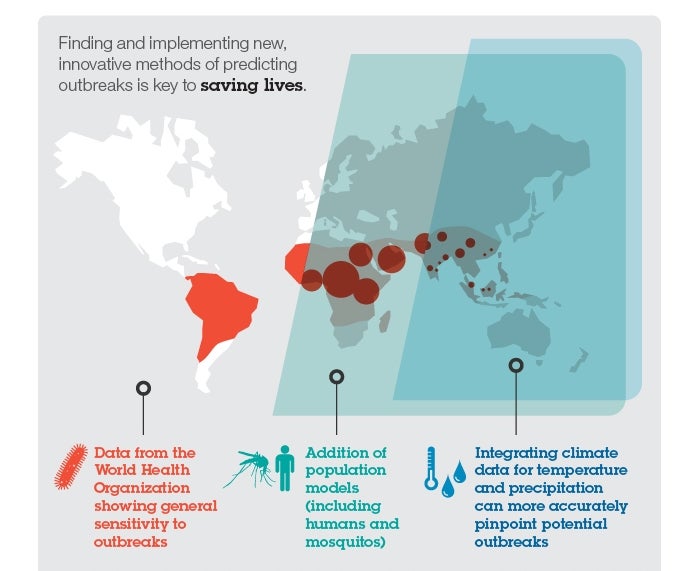 Previous models of dengue fever treated the mosquito vector indirectly, approximating transmission as a human-to-human contact process. But IBM Research and UCSF used STEM’s ability to build models on top of models and integrate them with location-specific climate data. This allowed for the inclusion of the vector population into existing models, providing a more realistic description of the disease dynamics, which will present public health officials with more effective predictions of how epidemics spread.

"In the publication with IBM, we have expanded on my previous model and included a complete description of the mosquito-human cycle of the disease," Bianco noted. "This has the important consequence of allowing us to specifically tinker with parameters which can be modified by control strategies, like the density of mosquitoes in a geographical setting, and observe the spread of the disease as a consequence of intervention."

Similarly, in the case of malaria, by using both the model and data from the World Health Organisation, IBM and Johns Hopkins University have created a much more realistic model than had existed previously, taking into account the sensitivity of malaria incidence to changes in local climate factors, such as temperature and precipitation.

"The work we did on malaria included a model of malaria built on top of a vector model. We also developed measures of malaria response to climate factors that can be applied to either models or to real data," confirmed James Kaufman, computational biology research scientist and manager of the Public Health Research project in the Department of Computer Science at IBM Research.

"Increase in precipitation or temperature can extend the habitat of a mosquito species or allow that species to actively reproduce in seasons when it was previously not active. For example, malaria is becoming endemic in parts of Africa where previously it was a seasonal disease."

"It could develop as fast as scientists around the world can input their data into the system."

Perhaps the most revolutionary thing about the new technology IBM and its partners are developing is the speed at which new disease models can be created, and therefore used to control an outbreak.

"It took one afternoon to build a model for Avian Influenza in China," Kaufman emphasised. "STEM is an open-source platform one can use to build any model. The models and data already in STEM can serve as a starting point to make creations of new models much faster. And with the new model generation framework, you no longer require any knowledge of Eclipse or even Java to build and use models in STEM. The faster the open-source community grows, the faster the functionality of STEM will grow."

Then, once a model has been created, it is easy to perform ‘what if’ experiments. "What would happen if average rainfall increases in one area or if the H7N9 virus mutates to allow human-human transmission?" Kaufman offered as examples.

Well, STEM can tell you. "Several scenarios can be simulated very quickly and under different conditions, and the most effective ones can then be explored to prevent or control an outbreak," Bianco summarised. "Our aim (and hope) is to provide a set of tools that can be used for the sake of the general population, to advance and improve public health." Could IBM’s new monitoring application be set to play a starring role in Contagion 2?

Bioprinting, or the 3D printing of complex living tissues, is opening a new frontier in regenerative medicine.