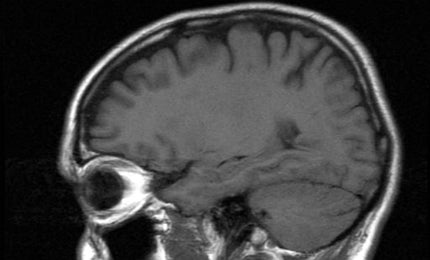 According to the World Health Organisation (WHO), there are at least 18 million people with Alzheimer’s disease worldwide. In the UK, the Alzheimer’s Society reports that at least 417,000 people have this degenerative disease, with these figures expected to double by the year 2025.

Considering the recent series of failing high-profile drug trials designed to find a cure for Alzheimer’s, these figures are concerning. However, while a cure continues to evade scientists, their understanding of the illness continues to increase.

Medications currently available to ease the symptoms of Alzheimer’s include cholinesterase inhibitors such as Donepezil and N-methyl-D-aspartate (NMDA)-receptor antagonists such as Memanatine.

Analysis
The pharmaceutical industry found it easier to fill digital media vacancies in Q2 2022
Data Insights
View All
"However, while a cure continues to evade scientists, their understanding of the illness continues to increase."

Cholinesterase inhibitors slow down the damage caused to the brain by Alzheimer’s by increasing the levels of acetylcholine, a chemical involved in memory, thinking and judgement.

NMDA-receptor antagonists, on the other hand, are used for the improvement of cognitive skills, such as memory and reasoning, by controlling the activity of the neurotransmitter glutamate, which at appropriate levels plays an important role in learning and memory.

Cholinesterase inhibitors and NMDA-receptor antagonists, while better than no pharmacological input, are far from the breakthrough needed in the war against this devastating disease. In most cases patients experience only a modest delay in cognitive deterioration when on these drugs. Therefore, seeking to understand Alzheimer’s has become just as fundamental as seeking to cure it.

Understanding the components of Alzheimer’s disease

Scientists have been making some major breakthroughs that have provided a better understanding of the main culprits within the development of Alzheimer’s. In particular, research suggests that the main cause of the tangles and plaques in the brains of people with Alzheimer’s is a protein called tau. Using transgenic and wild mice to carry out their tests, scientists have observed how human tau proteins build up within the brain tissues and infect other brain tissues, causing the cells and nerves to degenerate.

"NMDA-receptor antagonists, on the other hand, are used for the improvement of cognitive skills, such as memory and reasoning."

Dr Michel Goedert, of the MRC Laboratory of Molecular Biology in Cambridge, has conducted such research in collaboration with colleagues in Switzerland and Germany. The findings provide more of an insight into potential new methods of combating Alzheimer’s.

Dr Goedert is quick to point out that: "This research in mice does not show that tau pathology is contagious or that it can spread easily from mouse to mouse. What it has revealed is how tau tangles spread within brain tissues of individual mice. It suggests that tangles of proteins that build up in the brain to cause symptoms could have some contagious properties, within brain tissue but not between mice that haven’t been injected with tissue from another mouse and certainly not between people.”

Therefore, what these findings allow scientists to do is study the mechanisms that control the transmission and spread of the tau protein tangles that might explain some of the symptoms of Alzheimer’s.

Not only do scientists now have a better understanding of Alzheimer’s, but trials using old drugs, and even immune therapy, have revealed a potential Achilles’ heel of Alzheimer’s – clearing brain plaque. Professor Morris of Edinburgh’s Department of Neurosciencehas said: "We know that Alzheimer’s sufferers express an abnormal amount of beta-amyloid, which collects in the brain and forms plaques. It seems a person’s ability to learn and remember things declines as these plaques grow, and we know this is true for both humans and mice." An important aim, therefore, appears to be the clearing of brain plaque.

Research conducted Gary Landreth of Case Western University in Cleveland offers some positive findings for the skin cancer drug, Bexarotene (Targetine). Bexarotene has been found to slow down the gene responsible for the production of tau proteins in the brain of mice genetically engineered to experience symptoms of Alzheimer’s.

"Scientists have observed how human tau proteins build up within the brain tissues and infect other brain tissues."

The amyloidal plaques found in Alzheimer’s and which lead to cell death have been observed to clear up within hours of the drug being consumed.

These findings have been hailed "extremely promising" by Professor Gandy, of Mount Sinai School of Medicine, New York. Indeed, Landreth himself says: "We have successfully reversed all of the known pathological features and behavioral deficits found in mouse models of Alzheimer’s disease." Landreth further highlights that: "Never before has anyone observed clearance of amyloid plaques with such speed in mouse models."

Despite the promising results of Bexarotene, scientists are still cautious because tests have so far been limited to mice. Until it is tested on humans, specifically people with Alzheimer’s, celebrations will not be underway.

The FDA-approved Gammagard, a rich source of antibodies made from plasma donated by healthy people, is an immune therapy currently being administered intravenously for three years to a small group of Alzheimer’s participants. Baxter International report that although no improvements have been found in most of the symptoms participants already had, neither has there been any further decline in cognitive functioning during the three years.

"Bexarotene has been found to slow down the gene responsible for the production of tau proteins in the brain of mice."

To date, no treatment has been found to stop the deterioration caused by Alzheimer’s, with study leader, Norman Relkin of Weill Cornell Medical College in New York City, pointing out that: "If the final trial is successful this will provide a direction for treatment.” Results for the final trial are expected in January 2013.

There is one downside to treatment with Gammagard, however – its collection and administration is expensive. In order to produce a sufficient amount of the antibody to cure one person for a year, 130 plasma donations are needed. Furthermore, since it is administered intravenously, monthly doses range from $3,000 (£1,874) to $6,000 (£3,747), depending on the person’s body size.

High hopes for a future breakthrough?

The question remains, after so many failed trials, should some of the world’s largest pharmaceuticals be giving up on the search for new treatments for Alzheimer’s? Far from it. In fact, chief executive of the Alzheimer’s Society, Harry Cayton, says: "It would not be unrealistic to say that we might see a treatment within five years."

Nanotechnology: is the elusive cure for cancer in sight?

Targeted drug delivery is by far one of the most challenging aspects of drug administration.

In the battle to conquer HIV, almost all drug development has focused on treatment rather than prevention.