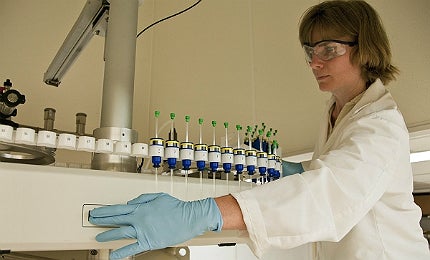 In part one of this feature series, titled ‘Cutting the red tape: Is the FDA a threat to patient health?’, Dr Nicola Davies spoke to experts from the Levine Cancer Institute, the American Enterprise Institute and a former president of the American Society of Clinical Oncology to find out whether increasingly stringent red tape was a significant contributor to growing drug shortages in the US.

"Early notification by manufacturers has made a huge difference in the FDA’s ability to prevent these shortages."

While it became clear that placing the blame on any organisation or any one set of circumstances is unwise, very serious questions do need to be asked about whether the FDA’s response to handling regulatory infringements, pricing and market structures has resulted in a situation where crucial drug supplies can no longer be guaranteed.

In response to part one, the FDA sat down with Dr Davies to explain the agency’s attitude towards drug shortages, the steps required to manage such a vast industry and the road towards effectively preventing shortages in future.

Q: How seriously does the FDA take drug shortages?

Preventing drug shortages is a top priority for the FDA. The root causes of drug shortages, however, lie largely outside of the FDA’s purview.

"In recent years, more than half of all drug shortages were related to manufacturing production problems."

In recent years, more than half of all drug shortages were related to manufacturing production problems, including quality-related issues and delays.

The remainder of the shortages was caused by business decisions to discontinue certain products, difficulty obtaining raw materials, the loss of manufacturing sites, increased demand and component problems.

Q: What action does the FDA take when shortages arise?

When shortages arise, the agency works closely with manufacturers to help resolve the manufacturing and quality issues contributing to the short supply.

For example, the agency identifies other manufacturers who are willing and able to increase production, helps manufacturers implement short-term solutions where patient risk is a concern and helps firms facing raw material shortages qualify new sources.

Q: Are manufacturers to blame for drug shortages?

Patients expect and deserve high quality drugs. It is the manufacturer’s responsibility to ensure that their products are safe, effective and of a high quality. The FDA is committed to working with the industry to quickly resolve any quality or manufacturing problems that arise to ensure continued patient access to vital safe and effective medicines.

Q: What actions are being taking to prevent more shortages?

"The FDA is committed to working with the industry to quickly resolve any quality or manufacturing problems."

Early notification by manufacturers has made a huge difference in the FDA’s ability to prevent these shortages. Nearly 200 shortages have been prevented since President Obama issued an Executive Order in October 2011 and the FDA has prevented nearly 100 shortages to date this year due to early notification.

Furthermore, the Food and Drug Administration Safety and Innovation Act’s mandatory reporting enhances the FDA’s existing strategy of encouraging manufacturers to voluntarily report issues that may result in a shortage.

We believe this new authority will prove helpful, resulting in more notifications that will avert additional shortages.

Going with the flow: continuous manufacturing

Out of sight: the dangers of unreported clinical trial data

Unpublished clinical trial data is a persistent problem which stems from the pursuit of safe, evidence-based medicine. Chris Lo investigates the dangers of missing trial data and asks how a more transparent system can be achieved in the future.