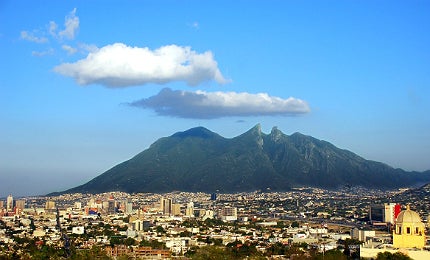 Mexico is the 12th largest pharmaceutical market in the world – the second largest in Latin America after Brazil. There are a reported 2.5 billion unit sales of medication annually in Mexico. Between 1999 and 2006, the industry grew more than 200%, and by a further 14% between 2007 and 2009. This steady growth indicates a promising market, one that currently accounts for 37% of all pharmaceutical sales in Latin America.

Mexico has signed a total of 12 FTAs with 33 countries, including Japan, the European Union, the United States (US), Canada and Israel. As a member of the North American Free Trade Agreement (NAFTA), Mexico has access to the most well-established and emerging pharmaceutical markets in North and Latin America.

First signed on 1 January 1994, the 15-year NAFTA has provided businesses with the freedom to invest without restrictions imposed by tariffs and other tax regulations.

The manufacturing operations in a free trade zone, referred to in Mexico as the maquiladora programme, has meant that out of the countries signing the agreement, Mexico has reaped the greatest benefits. The maquiladora programme resulted in exports from Mexico to the US rising by 135% between 1994 and 1999, and also allowed US companies to establish manufacturing plants in Mexico.

Harnessing the economic power of India

Outside of NAFTA, Mexico are taking full advantage of the emerging economic power of India, with the Indian pharmaceutical industry becoming a growing presence within Mexico.

“Mexico has access to the most well-established and emerging pharmaceutical markets in North and Latin America.”

The strength of the Indian pharmaceutical industry is in utilising the country’s skills in organic synthesis and process engineering, which is facilitating the rapid development of cost-effective technologies without compromising on quality.

In addition to this, India holds the largest number of US Food and Drugs Administration licenses for their manufacturing facilities. It also holds the largest Drug Master Files, which are used to penetrate the generic drugs market.

India has invested millions of pounds in Mexico, with Indian giant pharmaceutical companies such as Ranbaxy Laboratories and Wockhardt Limited leading the way in the expansion of generic drugs in Mexico. Today, India holds the largest portion of generic drug manufacturing in Mexico along with the export of Ayurvedic medicines.

The expanding production and distribution of generic medicines within the public health sector has been greatly influenced by Mexico’s changing healthcare system. The Mexican healthcare system was developed under the presidency of Vicente Fox in 2000 with a simplified system designed to provide millions of families with healthcare. As a result, generic drugs generate $2bn (£1.31bn) in annual sales, which has translated into a domino effect whereby increasing numbers of people are accessing medical services, including purchasing over-the-counter (OTC) and prescription medications.

In addition, the Mexican Government has also changed its mindset regarding innovative medicine, with the Business Monitor International (BMI) forecasting a Growth Domestic Product (GDP) growth from 2.7 to three percent in 2013. This is due to the Mexican Government’s approval of the production of innovative drugs by giant pharmaceutical companies, as well as increasing patient access to anti-cancer drugs.

This projection in GDP was made at the beginning of 2011, when Mexico’s Ministry of Health and the Mexican Association of Industrial and Pharmaceutical Research gave a joint press conference to officially introduce 31 types of innovative drugs for cancer, hepatitis C and rare genetic syndromes, among others. In addition, in February 2012, the Mexican Federal Commission for Protection against Health Risks (COFEPRIS) agreed to the introduction of three active drug substances that are present in medicines used in treating cancer, osteoporosis and degenerative disease.

“Today, India holds the largest portion of generic drug manufacturing in Mexico along with the export of Ayurvedic medicines.”

In 1991, the Mexican Government established laws protecting intellectual property rights. This gave pharmaceutical companies an incentive to produce high-quality and affordable medications in Mexico. The protections also gave well-established companies exclusive rights to manufacture products in and out of Mexico.

Among the big names are Pfizer Corp., Novartis AG, Merck & Co. and Sanofi. Japanese companies such as Taisho Pharmaceutical Holdings Co. Ltd. have also been positioning themselves as major players in the Mexican pharmaceutical industry. Taisho, which popularised the energy drink Lipovitan, acquired four Mexican pharmaceutical companies in 2012. This illustrates just how fast the industry is evolving as new players enter the scene.

Despite the promise of further growth, Mexico’s pharmaceutical industry has some challenges ahead. In particular, they are facing a serious threat from the illegal market via theft, unlawful sales practices and counterfeiting. Counterfeiting alone comprises 80% of the illegal pharmaceutical market, with total sales of counterfeit drugs in 2008 costing companies more than $1.5bn (£989m).

Despite leaders of the pharmaceutical industry joining forces with global institutions, such as the World Health Organization (WHO), in a concerted effort to successfully put an end to counterfeiting, “even if you write the law and you bring someone in, how do you … prevent the trafficking of drugs across borders?” asks Dr. Howard Zucker, WHO assistant director general for Health Technology and Pharmaceuticals. This question remains to be answered.

The Mexican pharmaceutical industry is fast-growing, with the generic and OTC markets showing particular potential. Indeed, a large part of the generic market remains untapped; some experts project growth of 11 times the current market, or $2.2bn (£1.45bn). It is, however, imperative that key players remain pro-active in the prevention of problems resulting from a fragile economic climate if they are to remain at the top.

Growing medicines in open fields could slash the cost of drug production and make life-saving vaccines easily available to people in the developing world.