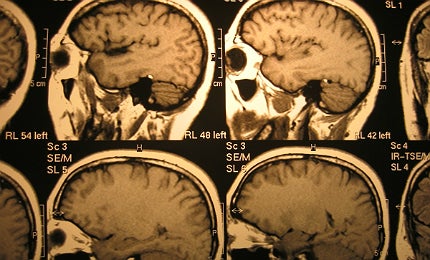 Pain is a huge problem for the healthcare industry, with one in five Europeans suffering from chronic pain and more than one in six of those claiming it sometimes gets so bad that they want to die. Current analgesic treatments simply aren’t putting a dent in the often agonising pain suffered by millions of people worldwide, leading to reduced productivity and huge costs.

Indeed, in Europe, pain accounts for nearly 500 million lost working days a year and costs the European economy €34bn, while in the US, unrelieved pain raises annual costs of $635bn in medical treatment and lost productivity.

But why does the pharmaceutical industry struggle so much to treat the most common healthcare problem that exists? "Pain is extremely complex," explained Dr Jörn Lötsch, a professor at the Institute of Clinical Pharmacology at the Goethe-University Frankfurt.

"Why does the pharmaceutical industry struggle so much to treat the most common healthcare problem that exists?"

"Its complexity compares to cancer and cardiovascular disease; we know of more than 400 genes that are involved in the regulating of pain."

Finding new drugs is further complicated because you can’t measure pain directly. In animal models, you have to watch animals as they respond to stimuli, and in human trials, individuals have to report how they feel. Moreover, human experimental pain models are not currently considered by the industry to be predictive for clinical settings.

"Ten or 20 years ago, the pharmaceutical industry was quite happy with human experimental models, and then it turned out they were not predictive," Lötsch recalled. "For example, drug x was effective in a particular human pain model but when you went to clinical pain patients, nothing happened. Therefore, the industry tends to skip this step now."

The current process to assess the efficacy of drug candidates therefore involves animal testing, followed immediately, if successful, by large-scale clinical trials. But this is far from the ideal scenario.

"It means immense costs," Lötsch said. "A large controlled trial is extremely expensive so if it fails, it’s a real failure. What would be much better would be if we had a cheap model – such as a study in human experimental pain models – which would not cost more than half a million Euros or so."

Lötsch and his colleague Bruno Georg Oertel therefore decided to set about reviewing the available literature on human experimental pain models, in the hope of proving that this method could provide a valuable bridge between animal research and clinical pharmacology, potentially reducing the socio-economic and healthcare costs of pain treatment significantly. And the pair came up with some interesting results, which were published in the British Journal of Pharmacology in October 2012.

In other words, Lötsch and Oertel needed to determine whether if an analgesic drug was effective in an experimental model and also in a clinical setting, that the experimental model would be predictive for that particular clinical setting. And their analysis showed a considerable agreement between the results obtained with human pain models and the clinical efficacy of analgesics.

Essentially, they found that, overall, human experimental pain models are able to predict how well a drug works in patients better than the industry previously thought.

However, it’s not quite as simple as it sounds, as not every model can predict every clinical setting. Rather, the duo determined that different sets of experimental pain models, rather than single models, would be best suited to provide cost-effective, yet predictive studies in analgesic drug development. Of course, clinical Phase II studies will never be completely replaced by experimental studies, yet, according to the paper published by Lötsch and Oertel, they could certainly be reduced significantly.

So is the industry convinced? "It’s a step," Lötsch believes. "But there are also other difficulties with this approach." For example, the level of expertise on human experimental pain models in the pharmaceutical sector is currently insufficient to justify widespread use of this technique.

While a simple human pain model would involve applying blunt pressure to a subject’s finger and measuring how much pain he or she was in, many experimental models are much more complex than this. "If you blow a mixture of carbon dioxide gas (70%) and air (30%) for 300 milliseconds into the nose with a special device, this provides a stinging pain and is a very good pain model," Lötsch noted.

"Human experimental pain models are able to predict how well a drug works in patients better than the industry previously thought."

You would then record the subject’s response, starting with their verbal reaction, but also including bio-responses, which can be measured with EEG or MRI machines. "The expectation is that the painkiller will reduce this response without reducing anything else," Lötsch explained. "For example, you would give an acoustic or visual stimulus too, and this wouldn’t change if you have a real painkiller."

However, according to Lötsch, there are many professional drug testing facilities that are not experienced in using human experimental pain models. "They tend to just establish a pain model by training a person for a few days and then getting started, as it sounds like a very easy thing to do," he said. "But this results in bad data and is another reason why pain models have become unpopular."

For Lötsch, not only is more rigorous training needed; inexperienced people need to be supervised by those who have been working in the field for years. "Experience is extremely important. If pain models are used by people who don’t have experience, they do get data, but the data is bad," he emphasised.

Nonetheless, the veteran pain researcher remains convinced that using human experimental pain models, rather than going straight to large clinical studies, is an approach that the pharmaceutical industry seriously needs to consider, largely for its cost-saving benefits. Indeed, he is now working on second paper, to support the literature review he and Oertel recently published.

"We want to establish really predictive pain models," he stressed. "We have an ongoing study to establish a set of pain tests that is predictive and we’re using a much more sophisticated informatics approach. Of course, after that it’s up the industry to use this information, but we are committed to telling them it is possible and how they can achieve it."

As patents expire, big pharmaceutical firms are lacking economic impetus to provide a constant supply of drugs to the market.

KOL Perspectives: Impact of guidelines on the use of Therapeutic Drug Monitoring strategies in IBD