In 2003, after 13 years of work and more than £2bn spent, scientists involved in the Human Genome Project mapped the first complete genetic code, or genome, of a human being. This was a huge scientific breakthrough and taught genetics researchers a lot about human genes, the genome and how they interact with health and disease.

As further genomics work was undertaken over the next decade or so, it became evident that genome sequences are most useful when combined with other data about the person who donated their sequence, such as physiological measurements and their past medical records of previous illness and prescribed medication.

By joining up these dots, genomic medicine has the potential to improve understanding about the underlying causes of genetic diseases and predict how a person could respond to certain treatments, helping to find personalised approaches for each individual patient, as well as determining what diseases people are at risk of developing in the future. 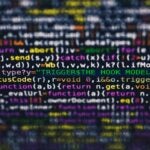 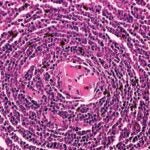 With this in mind, the UK Government created Genomics England to coordinate work in the field. Having a centralised approach also mitigates some security concerns around the storage and use of patients’ incredibly private health data. The UK is an excellent location to push genomics forward. Not only does the country have a strong genetics heritage – two British scientists, James Watson and Francis Crick, discovered the double helix structure of DNA in the 1950s – but it has a unique resource in the National Health Service (NHS), one of the world’s largest single-payer healthcare systems in the world.

Initially focused on cancer and rare diseases known to have genetic elements, Genomics England has now diversified to look at how genomics can help track the spread of infectious disease. The organisation has joined a national consortium looking to leverage genomics to better tackle the Covid-19 pandemic. The UK has been hit extremely hard by the pandemic so far – according to John Hopkins’ Covid-19 map, the UK has the second-highest number of deaths globally.

Before looking at the latest project, it’s important to reflect on Genomics England’s foundation and mission.

Genomics England was established in 2013 by the Department of Health and Social Care to deliver the 100,000 Genomes Project, which was launched by former Prime Minister David Cameron in late 2012.

Backed by more than £300m in government funding, the 100,000 Genomes Project aimed to create a foundation for a new era of personalised medicine within the NHS by sequencing 100,000 whole genomes from 70,000 patients with rare diseases and cancers.

To support Genomics England with recruitment for the project, NHS England set up 11 Genomic Medicines Centres (GMCs); now there are 13 in England as well as a few more in Wales, Scotland and Northern Ireland as they got on board with the project in the mid-2010s. The GMCs also helped with finding the clinical information needed to inform better interpretation of each person’s genome sequence.

From the outset, Genomics England was very aware that it would need to build its own technology to complete the 100,000 Genomes Project. The company decided the best way to do this was to work with innovators in the genomics and sequencing space.

Genomics England’s first partnership was signed with California-headquartered Illumina to develop a sequencing infrastructure. As part of the deal, Illumina invested £162m in this work in the UK over the next four years.

In addition, as part of its £1bn commitment to the UK’s genomics industry, the Wellcome Trust agreed to spend £27m on a world-class sequencing hub just outside Cambridge to house Genomics England’s operations. This gave the 100,000 Genomes Project easy access to world leaders in the genomics space, such as the European Bioinformatics Institute and the Sanger Institute.

Within two years of the launch, ten companies moved to collaborate with Genomics England to support and further accelerate the 100,000 Genomes Project. These companies, which included GSK, AstraZeneca, UCB, AbbVie, Roche and Takeda, established the Genomics Expert Network for Enterprises (GENE) Consortium; Big Pharma had to contribute £250,000 to the project in funding to collaborate. The aim was to carry out a year-long industry trial of select whole-genome sequences to establish how industry could leverage the learnings from the 100,000 Genomes Project into drug discovery and development. This initiative was renamed the Discovery Forum in 2017.

Simultaneously, Genomics England launched its Clinical Interpretation Partnership (GeCIP) to find ways to work with clinicians and researchers to directly bring the benefit of the 100,000 Genomes Project to drive diagnosis.

As part of a pilot scheme under the 100,000 Genomes Project, Newcastle University and Hospitals used whole-genome sequencing to reveal that a patient’s kidney failure was due to a rare genetic variant; this explains why his father, brother and uncle had all died of the same condition.

This diagnosis using genome sequencing meant that the patient could receive personalised treatment for this specific condition. Also, his family members could be tested to find out if they were affected by the same rare genetic kidney disease, rather than face a lifetime of uncertainty.

Hot on the heels of the first patients diagnosed, two children became the first to be genetically diagnosed through the 100,000 Genomes Project via Great Ormond Street Hospital in London. Both have rare, undiagnosed and unknown medical conditions, but due to whole-genome sequencing doctors now know the genetic changes responsible for their conditions.

NHS chief scientific officer Professor Dame Sue Hill said: “This is an excellent example of how whole-genome sequencing can finally provide the answers that families have been seeking out for years. This new insight sets them free to make decisions about the treatment options for their child and how they move forward with future plans for their family.”

One of the biggest challenges facing delivery of the 100,000 Genomes Project early on was to create a bioinformatics pipeline to analyse and interpret the genomics data. To this end, Genomics England decided to expand its sequencing partnership with Illumina to create informatics tools for use at the NHS GMCs and GeCIP.

This was followed later in 2016 by a deal signed with Ohio-based GenomOncology to improve clinical reporting, particularly in clinical trials, for the 100,000 Genomes Project cancer programme.

In early 2018, Genomics England and the Department of Health and Social Care announced 50,000 whole genomes had been sequenced.

This put Genomics England on track to finish recruitment and scale up operations so the full project could be completed on time by the end of 2018.

As the 100,000 Genomes Project came closer to completion, the newly appointed Secretary of State for Health and Social Care Matt Hancock announced a roadmap for honouring its legacy through continuing work on genomics medicine in the NHS.

Hancock committed to sequencing five million whole genomes by 2024 and bringing access to genetic and genomic testing into mainstream clinical practice through the NHS Genomic Medicine Service. Initially it will focus on cancer and rare diseases, like the 100,000 Genomes Project, but it is expected to evolve and expand to other therapeutic areas as the technology becomes more advanced.

At the same time, Genomics England signed a research agreement with life sciences technology vendor IQVIA. This partnership involves the pair running analytics on patient-consented, de-identified data from the 100,000 Genomes Project to drive more efficient drug research and development, particularly in the field of personalised medicine. These insights could be used by IQVIA’s life science customers in parallel with their clinical development programmes.

Secretary of State for Health and Social Care Matt Hancock announced in mid-December 2018 that the 100,000 Genome Project had been completed.

Genomics England chair Sir John Chisholm noted: “At launch the 100,000 Genomes Project was a bold ambition to corral the UK’s renowned skills in genomic science and combine them with the strengths of a truly national health service to propel the UK into a global leadership position in population genomics.

“With this announcement, that ambition has been achieved. The results of this will be felt for many generations to come as the benefits of genomic medicine in the UK unfold.”

This project led to one in four participants with rare diseases receiving a diagnosis for the first time, while transforming treatment for up to half of cancer patients who participated.

Although launched at the end of 2018, the NHS Genomic Medicine Service was only expected to be operational in mid-2020.

To allow the new service to hit the ground running, Genomics England expanded its sequencing partnership with Illumina to focus on the next 300,000 whole genomes. All clinical samples for the collaboration will be provided through the NHS Genomic Medicine Service.

This follows the late-2018 deal with Congenica to support clinicians to make informed medical decisions based on insights from whole-genome sequencing. Congenica had previously provided similar sequencing services to the 100,000 Genomes Project.

Although Genomics England has primarily focused on cancer and rare diseases, it is clear that insights from genomics also have a role to play in tackling infectious disease.

In the context of the ongoing Covid-19 pandemic, which has killed more than 40,000 people in the UK to date, Genomics England is carrying out a whole-genome study of 35,000 people with either severe, moderate or mild Covid-19 symptoms to try and discover why this viral disease has such a varied impact on patients.

Genomics England will read the data from entire genomes of those who have been most severely impacted by Covid-19 and compare them to those who only experienced mild symptoms; this genomics data will also be enriched by clinical insights into participants.

The company is working with the GenOMICC consortium, Illumina, the NHS and the University of Edinburgh to carry out this study. The project is backed by £28m in funding from UK Research and Innovation, the Department of Health and Social Care and the National Institute for Health Research.

The aim is for this human genomic data to be linked to the virus genome data being sequenced by the COVID-19 Genomics UK Consortium (COG-UK), which is led by the NHS and the Sanger Institute. This would help to improve insights into how the two genomes interact and affect how the patient responds to the infection, which can feed into better knowledge about promising treatments for clinical trials and practice.