Affecting one in five people, psoriasis is a skin condition characterised by a red, scaly rash. In addition to its immediate impact on patients’ quality of life and one type – erythrodermic psoriasis – actually being life-threatening, concerningly having psoriasis significantly raises people’s risk of developing cardiovascular disease, gastrointestinal conditions such as Crohn’s disease, depression, type-2 diabetes and some types of cancer.

Due to these concerning co-morbidities, August has been designated as Psoriasis Action Month to better educate patients about the condition and treatments for it, as well as its causes.

Investigating the genetic causes of psoriasis

Although it is commonly accepted there is not a single cause of psoriasis, recent research has suggested that there is a genetic component to the condition – approximately 30% of patients have a close relative with the disease. 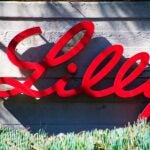 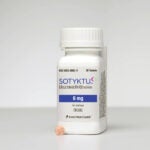 The genes found to be related to psoriasis are those which code for proteins in the major histocompatibility complex (MHC) and are responsible for the immune system response. This is why psoriasis patients often have Crohn’s disease and other inflammatory disorders.

One genetic locus particularly significant in the development of psoriasis is located on chromosome six of the MHC and called PSORS1. There are three genes within the locus that have been strongly associated with psoriasis: HLA-Cw6, variant WWC of CCHCR1 and variant allele five of CDSN.

Different research has shown that certain interleukin (IL) genes may have a role to play in the condition. Two IL-12 genes – IL12B and IL23R – are of particular interest as they are involved in up-regulation of inflammation gene tumour necrosis factor-α and nuclear factor KB.

In addition, an NPF discovery grant is being used by King’s College London (KCL) researchers in Dr Francesca Capon’s skin inflammatory disorder group to investigate whether a mutation to IL36RN is involved in one form of the disease.

Although there are many approved treatments for psoriasis, there have been issues with certain patients not responding to certain therapies, while others have benefitted hugely; genetics could potentially offer a way to predict which treatments are more effective for particular patients.

One example of using knowledge about the genetic basis of psoriasis to better treat the condition is a study by Dr Capon’s researchers at KCL of the efficacy of IL-1 blockade rheumatoid arthritis drug anakinra in the treatment of pustular psoriasis – a rare, and severe form of the condition with few treatment options.

This research builds upon Capon’s work into the role of genes that code for the development of IL proteins in causing pustular psoriasis.

The KCL scientists hypothesise that the reason why treatments developed for the most common form of psoriasis, plaque psoriasis, have not worked in many pustular psoriasis patients is because the underlying biological processes differ, which is largely due to the role of ILs in the rarer form.

This trial of 64 patients is currently ongoing at Guy’s Hospital, London, with August 2020 expected to be the completion date.

R&D based on existing therapies’ mechanism of action

Similarly, researchers from the University of California, San Francisco, supported by funding from the NPF, are seeking to better understand the role of an already approved drug in affecting the immunologic and genetic environment of psoriasis. The treatment in question is Goeckerman therapy, which combines phototherapy and topical crude coal tar.

The ultimate aim is to fully understand precisely through which mechanism of action Goeckerman therapy, compared to phototherapy and topical crude coal tar alone, improves psoriasis in patients, and potentially inform future development of drugs with the same targets or mechanism.