In 1932, when there was no known treatment for syphilis, the US Public Health Service (PHS) began a study into the disease at the Tuskegee Institute. The agency recruited 600 Black men into the project, primarily impoverished sharecroppers who had never visited a doctor before. Of this group, 399 had latent syphilis, while 201 others were disease-free. The participants were informed that they were being treated for ‘bad blood’, a colloquialism that was used at the time to describe numerous conditions.

The men were ‘treated’ with placebos, such as aspirin and supplements, even after penicillin began to be recommended to treat syphilis in 1947, so that researchers could use them to follow the full progression of the disease. The men were not helped even as the disease progressed to late-stage infection, in which people experience a wide range of neurological symptoms including erratic behaviour, paralysis, sensory loss and eventually death. It can take up to 20 years from initial infection for these symptoms to manifest.

Details of the study were leaked to the press by a social worker and epidemiologist named Peter Buxtun in 1972. Buxtun had learned of the existence of the study in 1965 when he began working for the PHS and had unsuccessfully attempted to get it shut down twice over the following years. The story prompted public outrage and forced the study to finally be cancelled, four decades after it initially began. 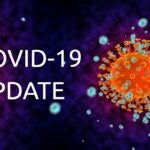 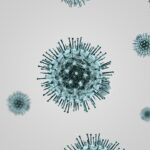 Historical atrocities such as the Tuskegee experiment have left many people from communities of colour distrustful of the medical sector. It’s a major problem, one that has become even more serious in the age of Covid-19.

People of colour have been shown to face higher mortality rates from the disease in both the US and UK. This is due to a multitude of intersecting demographic, geographical and socioeconomic factors, such as place of residence and occupational exposures. Extensive evidence also indicates that people of colour still do not receive the same levels of care as white people in community healthcare settings, which only exacerbates the matter.

Now, surveys in the US have shown that Covid-19 vaccine hesitancy is significantly higher among Black people than white people, with half of Black adults saying they won’t take a Covid-19 vaccine. Likewise, a UK study has found that Black, Asian and minority ethnic (BAME) people were almost three times more likely to reject a Covid-19 vaccine for themselves and their children than the white population.

This mistrust is unsurprising given that US surveys have found medical staff to be less communicative with non-white patients than with white patients. A 2016 study even found that white medical students in the US were shockingly likely to believe Black patients experienced less pain than white patients.

Across the pond, BAME patients in the UK have reported lower satisfaction with the NHS and an overall less positive experience with doctors and nurses than white patients. Black women in the UK are five times more likely than white women to die during childbirth, and over 60% of Black people do not believe their health is as protected by the NHS as white people’s is.

“Black people have generationally been hesitant to engage on initiatives like clinical trials and vaccines,” says African Caribbean Leukaemia Trust (ACLT) co-founder and CEO Orin Lewis OBE. “That’s historical, based on what has been done to the Black race for a long, long time throughout our history. People start to feel that if the medical establishment is going to trial something, they’ll try it first on Black people, because we’re expendable. Whether that’s true or not, it very much becomes folklore and trust becomes a problem.”

People of colour are also less likely than white people to volunteer to take part in medical research. In the UK, 93% of people who signed up for the trials registry for the development of the Covid-19 vaccine were white.

Medical mistrust can be overcome with rebuilding

People of colour have disproportionately suffered throughout the pandemic, in both the UK and US, but the legacy of institutional racism in medicine still leaves many mistrustful of the Covid-19 vaccine.

“The medical establishment doesn’t want to acknowledge this, they just kind of want to forget about it,” says TruGenomix co-founder and chief scientific officer Dr Tshaka Cunningham. “That’s not what certain communities are dealing with, particularly the African American community. That type of stuff leaves a psychological scar, but it can be overcome with rebuilding.”

One way to heal these historic wounds, Cunningham says, is through the work of medical industry ‘honest brokers’. Honest brokers refer here to people of colour who are knowledgeable about medical matters, who can then share this insight with other members of their community.

Cunningham says: “Let’s say I were to bring a white male scientist in to talk to a group of African American church members. They’re going to listen and be polite, but they’re not really going to trust it. When I deliver the same message, but I’m just from the community, it gives a certain level of authenticity to it that helps them get over their distrust.”

As a member of the Faith-based Genetic Research Institute, Cunningham goes into communities of colour – predominantly African American churches – to talk about genetics and genomics research and how and why people of colour can and should get involved. This year, these conversations have expanded to Covid-19 too.

Cunningham says: “What I do almost daily is interface with different groups of people of colour, even in my local networks, about Covid-19 and how to stay safe. I’ve done podcasts, I’ve been on internet shows, I’ve been on Instagram feeds with prominent hosts, talking specifically to minority communities about what we need to do to stay safe and debunking any myths that they have.”

Beyond the honest broker

The burden here cannot fall on the honest broker alone – it’s important work, but there’s a limit to what can be expected of individual people facing up to an issue that requires institutional change. The medical industry at large, from pharmaceutical companies to public health organisations, needs to do far, far more.

Cunningham says: “Once you have more Black and Brown people participating, it can’t just be all on them to build the trust. Trust is a two-way street. People need to be really authentic and engaged and not view themselves as other or their patients as other.

“I give some very simple solutions. Firstly, diversify the medical workforce, diversify the scientific research workforce and be very intentional about it. If you haven’t created opportunities or blocked certain groups from having opportunities to get training and to rise up in careers in these areas, then stop that process, because that’s institutional racism.

“Secondly, be authentic, engage with the community and allow the community to share in the profits that come out of their participation. Don’t come to the Black and Brown community and say give us your health information and not give anything back.

“I think a final piece is that just as the government has contributed to making it bad, they need to contribute to making it better. That will require some specific funding on things like cultural competency training.

“The best thing to do would be some public health campaigns with scientists like myself alongside prominent sporting figures and celebrities. Let’s say you took LeBron James and teamed him with me and some of my scientific colleagues that are people of colour and did a PSA about the vaccine – that would send the right message to people.”

The historical suffering of people of colour at the hands of the medical establishment isn’t something that can be overcome overnight. The industry urgently needs to pay more credence to the concerns and fears of people of colour, in order to build the level of trust needed to ensure that vaccine uptake among ethnic minorities.

There’s no silver bullet, and things like grassroots community advocacy and engagement, diversifying the face of the industry and public health campaigns targeted at people of colour will all be necessary in ensuring the uptake of the vaccine and developing a medical industry that serves the needs of all patients.