Top tweets on neurology in December 2019

David Perlmutter, a neurologist, tweeted on the benefits of meditation. He noted that meditation helps in increased connectivity to prefrontal cortex, improves relationships and memory, and reduces stress.

He noted that meditation can also improve creativity as well as sleep while providing better decision making ability. 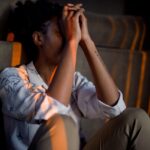 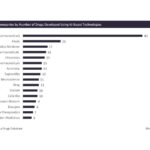 2. Eric Topol’s tweet on risk of introducing AI into healthcare

Eric Topol, a physician and scientist, shared an article on the risks associated with introducing health products powered by artificial intelligence, such as virtual doctors, wearable sensors and chatbots.

The influencer noted that AI systems do not go through rigorous testing similar to that of medical devices and have been known to make mistakes. AI systems developed in one hospital often fail when deployed in another. They are also known to discriminate against minorities, the article added.

Among neurology tweets, Dr David Nicholl, a neurologist, drew attention to a tweet about US-UK trade in pharmaceuticals. A trade deal between the UK and the US after Brexit is expected to cost millions of dollars to the National Health Service (NHS).

Post-Brexit, cost of vital drugs for indications such as Crohn’s disease and rheumatoid arthritis is expected to dramatically increase.

This thread needs a significant number of reads than the pathetic number so far, to realise that this is absolutely about economics not privatisation👇 to understand US-UK trade in pharmaceuticals #teamnicholl the extra costs to the NHS are up to £500M/week put that on a bus😡 https://t.co/lXC5pDvLnr

Vaughan Bell, a neuropsychologist, shared an article on how a faction of scientists or cabal thwarted alternative approaches to the development of treatments for Alzheimer’s. This faction controlled what research papers were published and which scientists got funding.

The maddening saga of how an Alzheimer’s ‘cabal’ thwarted progress toward a cure for decades https://t.co/nTsZtuKXo1 Important piece with wider implications about institutionalised group think in science – via @stuartbuck1

Professors Sarah Tabrizi and Gill Bates delivered a lecture on new therapies for Huntington’s disease at the annual event held in November.

Mark Baxter, a neuroscientist, tweeted on a new study of a rhesus monkey model performed to understand early Alzheimer’s pathogenesis. The study showed that oligomeric of the amyloid beta peptide in the monkey brain impacts synaptic integrity and induces accelerated cortical aging.

The results indicate that monkeys can be used as a platform to understand age-related vulnerabilities of the primate brain. It may also develop disease-modifying therapies for the treatment of AD and related dementias.

GrowingUpAutistic, an autistic adult, tweeted about being offered to work in specific shifts at her workplace that focus on ideas that support disabled costumers. She further noted that while growing up she was told that autism would be her disadvantage in her work life but it turned out to be her strength.

I work in retail & the other day my manager asked me whether I would like specific shifts. These shifts will primarily focus on my ideas towards supporting disabled costumers. Growing up I was told #Autism would be my disadvantage in working life but it’s actually my strength!.

8. Rosemarie CarreiroÂû’s tweet on placing her son in a group home

Rosemarie CarreiroÂû, a mental health advocate, tweeted about the apathy shown by people towards autistic children. She noted that people consider her crazy when she states that her autistic son will not go into a group home unless he wants to.

She further noted that being autistic does not mean that her son does not have a say in his life.

I hate when I state that I will NOT place my son in a group home ever UNLESS he says he wants to go and people look at me like I am "crazy".Just because he is #autistic does NOT mean he doesn't have a say in his life …it's HIS life.#ActuallyAutistic

9. Mark Weatherall’s tweet on getting erenumab approved for use on the NHS

Mark Weatherall, a neurologist, tweeted on trying to get erenumab approved for use on the National Health Service (NHS) in Wales and England. Erenumab, also known as Aimovig, is used for the treatment of migraine. The drug was rejected for use by the NHS in September 2016 noting that there was uncertainty regarding its clinical and cost effectiveness.

Mark noted that he along with his colleagues will be arguing against the original assessment and that it should be reviewed.

We few, we happy few… off to storm the breach at @NICEComms to try to get #erenumab approved for use on the NHS in England and Wales. @petergoadsby @IIHDrBirmingham and I will argue that the original assessment was flawed and should be revised. Updates will follow…

Vaughan Bell tweeted on the launch of a five-year, £200m ($222.7m) commitment towards research on mental health by the Welcome Trust, a research charity based in London, UK. The research will focus on understanding, preventing and treating anxiety and depression in young people.