Developing drugs to treat rare diseases is fraught with challenges; these range from trying to recruit from tiny patient populations to fill much-need clinical trials to the complex reimbursement landscape for these innovative, and often bespoke, therapies. However, as scientists improve their understanding of the genetic causes of many rare conditions and regulators explore new reimbursement options, pharma companies and smaller biotech firms are increasingly being empowered to address more of these tricky indications.

In this context, could 2020 be a breakthrough year for patients with rare diseases? Here are three case studies of companies on the verge of having treatments for rare diseases approved – Rocket and Fanconi anaemia (FA), PTC Therapeutics and aromatic l-amino acid decarboxylase (AADC) deficiency and, finally, Amryt and epidermolysis bullosa (EB).

FA is “a rare paediatric inherited disease…characterised by bone marrow failure and predisposition to cancer”, in the words of Rocket Pharma’s CEO Gaurav Shah. Caused by a mutation in the FANC genes, patients with Fanconi experience bone marrow failure as they are unable to create new blood cells.

The current standard of care for Fanconi is a stem cell transplant, but Shah explains the risks involved with these pioneering procedures. 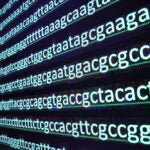 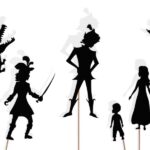 Analysis
Longevity technology and its future

“While these transplants do prolong patients’ lives, the procedure is incredibly difficult and is associated with a high potential for graft-versus-host disease,” he says. Stem cell transplants can also lead to an even higher risk of head and neck cancer risk for Fanconi patients; almost everyone with FA who undergoes this procedure dies in their 30s.

Rocket wants to change this situation with its lentiviral vector gene therapy, RP-L102. It is specifically for Fanconi-A, which Shah explains is the most common form of the disease. He adds that “the therapy contains patient-derived haematopoietic stem cells that have been generally modified to contain a functional copy of FANCA” gene, a mutation which causes Fanconi-A.

RP-L102 is currently in a global registrational Phase IIA study, which has been efficacious and safe in patients so far. “The data demonstrate that a single dose of RP-L102 leads to both genetic and functional correction as measured by a progressive increase in corrected peripheral blood and bone marrow cells,” says Shah. “Most importantly, this treatment can be administered without a conditioning regimen [of chemotherapy and radiation]. [This] means we may be able to treat patients as a preventative measure before bone marrow failure occurs, like a vaccine, with a single dose administration early in life.”

Based on these promising signals, RP-L102 has received all accelerated regulatory tools from the US Food and Drug Administration (FDA) and the European Medicines Agency (EMA). The company is hoping to complete its biologics license applications and marketing authorisation applications (MAA) to the two regulators within the next few years.

To overcome challenges facing Rocket in the development of RP-L102, Shah explains the company worked to improve upon its own expertise in rare diseases by working “with world-class research and development partners”, as well immersing itself within patient communities to learn more about their treatment needs.

Slightly further along the drug approval journey is PTC Therapeutics’ AADC deficiency drug, PTC-AADC, for which the company recently submitted an MAA to the EMA. The company expects full EMA approval towards the end of 2020 and to treat the first patients either in the first or second quarter of 2021.

AADC deficiency is a rare condition caused by a mutation in the DDC gene, which leads to issues with the AADC enzyme and subsequent reductions in the production of dopamine. Children suffering with AADC deficiency fail to reach neurological and development milestones and have a high risk of death early in life. The only current approach to treating the condition is through dopamine agonists, which Haigh notes are largely ineffective.

Other advantages include a reduced chance of significant immune reaction and since the dose is smaller, the treatment could overcome some of the manufacturing issues facing other gene therapies. PTC has decided to bring PTC-AADC’s manufacturing in house so they are not reliant on third parties’ schedules and capacities.

PTC’s MAA for its AADC deficiency gene therapy is based on two clinical trials of 26 patients in total. Haigh explains the company has mapped motor milestones, and he noted that in advisory boards with payers “they’ve been incredibly impressed by our videos” showing children progressing from lying flat on their backs to walking around.

He notes that in this case, “it is certainly not ethical to drill a hole in a patient’s head and inject a virus containing a placebo” – and instead PTC has successfully completed a single-arm trial by comparing with patients’ natural history. “Regulators need to be open to novel clinical trial design, particularly in rare diseases where you have ethical problems,” Haigh argues.

The company had to abandon a previous drug in development because they could not agree an economic and deliverable clinical trial design with the FDA.

One of the main challenges that faced PTC in the development of PTC-AADC was diagnosis. Haigh explains they found “a lot of patients have been misdiagnosed with either cerebral palsy or epilepsy” so the company launched a free genetic testing programme. This also allowed them to find patients to recruit into the trial and estimate the number of patients with AADC deficiency who might be able to benefit from this gene therapy.

EB is a group of rare skin conditions caused by genetic mutations in the genes that encode for the proteins of the skin, particularly in collagen VII.

There are currently no approved treatments for this condition, EB charity DEBRA’s UK branch director of research Caroline Collins notes the condition is managed by regular changing of dressings and the lancing of blisters.

EB is characterised by blisters and wounds on the skin; these wounds are extremely painful and can cover huge areas of the patient’s body, such as their whole back or entire legs. However, Collins explains “these are not like the kinds of wounds you get with ulcers or burns, and they move continuously”.

As well as making it incredibly challenging for patients to deal with these never-healing wounds, it also makes it difficult for drug developers to find and establish accepted clinical trial endpoints centred on wound healing. DEBRA is therefore advocating for natural history to be considered in clinical trial designs, Collins explains.

Despite these challenges, UK drug company Amryt is hoping to submit authorisation applications to the FDA and EMA by the end of 2021 for its EB drug, AP101. The company has repurposed the topical gel created for burns wounds to treat EB. It is “made from a combination of an extract from the bark of the birch tree and pure sunflower oil”, the company’s chief medical officer Dr Mark Sumeray explains.

AP101 is currently being studied in a Phase III study – Amryt claim this is the biggest global EB trial ever undertaken and has been granted rare paediatric disease designation from the FDA.

Although the current results are blinded, Sumeray explains a recent analysis by an independent data monitoring board found that the firm only needed to increase the number of patients slightly, suggesting that “at this point in time, the data would have looked encouraging.” Too small a patient population makes it hard for efficacy to be statistically significant.

Since Amryt’s AP101 may be the first drug approved for EB, Collins emphasises it is important that the company has productive conversations with regulators about the specific challenges of EB. This will help to set the ground for others to follow and further transform the lives of EB patients.

It is clear that Amryt is committed to EB because the company in-licensed a second EB candidate, a topical gene therapy called AP103 in 2018.

Sumeray explains: “We have invested a lot of time and effort in the development, not only of the lead product, but also of relationships with physicians and scientists working in EB. If we can figure out how to successfully bring products to the market and have them reimbursed, then all of that knowledge can applied again.”