Over the last few decades, pharma companies have been under ever-mounting pressure to report their clinical trial data. Beginning in 1997, when the US Food and Drug Administration (FDA) required certain trials to be registered, the expectations for transparency have steadily increased.

At first, the only trials that needed registering were those for potentially lifesaving drugs. And while companies needed to record that the trial had taken place, they didn’t need to release any of the data.

It wasn’t until 2007, when the FDA implemented its Amendments Act (FDAAA), that registration requirements were applied to all trials. At the same time, certain trials were also required to post their results, a mandate that was extended to all trials ten years later. 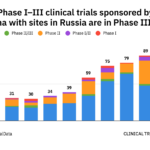 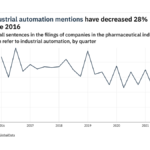 Today, the industry is in a position where pharma companies are not only reporting their results, they’re also going a step further and discussing whether to share de-identified patient data. Since January this year, the world’s leading medical journals have required authors to disclose whether or not they’ll be sharing this information, a public declaration that will likely nudge them towards further transparency.

Unfortunately, it can be hard to gauge how much progress has truly been made. The guidelines for what should be shared, and how it should be shared, are often vague, and it isn’t always clear what constitutes good practice. A 2017 study, which looked at 42 pharma companies’ policies on trial transparency, showed high variability in what they understood by this.

It was for this reason that the not-for-profit organisation Bioethics International, along with researchers from Yale and Stanford, developed the Good Pharma Scorecard (GPS). An annual ranking of pharma companies’ ethical performance, the scorecard provides a standardised means of assessing data-sharing practices.

“Before this tool, we didn’t have a consistent set of measures or benchmarks you could use to understand how research sponsors were performing,” says Dr Jennifer E Miller, founder of Bioethics International and assistant professor at the Yale School of Medicine. “It wasn’t clear what was really going on in the sector.”

First, she says, her team developed a set of harmonised measures for responsible data- sharing in clinical research. Then they used these measures to benchmark the practices of 20 large pharma companies that had FDA- approved products in 2015.

The results, published in the BMJ, were fairly mixed. While four of the pharma companies (Novo Nordisk, Roche, Novartis and Johnson & Johnson) met all the data-sharing measures, two companies did not have data sharing policies at all, and the median score for data sharing was a lukewarm 63%.

However, once companies were given the chance to improve their policies, the average score jumped to 80% and three more companies acquired a perfect rating. As Miller explains, this is a great example of how the tool can motivate companies to change.

“Not only does it recognise where there were best practices, but it also provides a catalyst for reform,” she says. “What you’ll see is that 50% of the lowest- scoring companies improved their practices and policies within 30 days of receiving the low score. So it shows the GPS is a great vehicle for setting harmonised standards as well as recognising best practices and, perhaps most importantly, catalysing improved behaviours where needed.”

What needs to change and why

Of course, the question remains – why exactly is clinical trial data- sharing so important? As Miller explains, it can yield a wide range of important public health benefits.

“The first one is that data- sharing helps speed innovation,” she says. “There are clinical trials now that are pulling the data from other trials and using it as a control arm, which allow trials to be conducted more quickly while enrolling fewer people. So that’s really helpful for developing new cures and therapies.”

On top of that, she says, science builds on what’s gone before, and you need to have the trial data in the public domain for that cumulative knowledge to develop. This is not to mention the implications for patient care.

“We’re supposed to be in the era of evidence- based medicine, but that requires all the safety and efficacy evidence about new drugs to be in the public space,” Miller says. “Also, medical experiments are justified by their potential to contribute to generalisable knowledge, which is enabled through clinical trial transparency. So if the results of a clinical trial are not put in the public space, the whole ethics of the research comes into question.”

While few would question these premises, there are certain areas in which companies struggle in practice. In Miller’s research, one of the most common problems was that companies lacked a deadline for sharing data. They were committed to data sharing in principle, but didn’t necessarily state when they would make that data available.

“There’s a lot of room for improvement in specifying the deadline and making it a reasonable deadline,” she says. “Other companies committed to sharing data only after publishing the trial in the medical literature, but since a lot of trials are never published, that creates a loophole whereby you don’t have to share any data unless you have a paper in a medical journal.”

She thinks the deadline should be no later than six months after FDA or EMA approval, or 18 months after a trial is over.

Accountability in the age of big data

Because this was just a pilot study, the team is now looking to take its research to the next level. The researchers plan on repeating the scorecard every year, regularly meeting with pharma companies to help them understand what responsible data sharing looks like.

They also want to expand the scorecard to include small and mid-sized pharma and biotech companies, as well as looking at biologics and medical devices.

“The measures help show the companies how they’re performing, and the feedback can be specific enough for them to improve their practices if they want to,” says Miller. “Through repeating the data sharing measures every year, we can make sure we’re catalysing consistent data sharing year after year across many companies.”

This task is arguably becoming more important than ever, given the current explosion of big data. A staggering 90% of the world’s data has been produced in the last two years, raising new ethical quandaries about how to handle it. The GPS tool, and others like it, could help raise the bar for pharma companies looking to share what they have.

“The more data that companies collect, the more we need to ask what responsible data collection looks like,” says Miller. “We need to come to some agreement and make sure there’s an accountability mechanism present so we can understand how companies are performing relative to a set of ethics standards.”