A series of recent advancements in late-stage therapies for geographic atrophy (GA) have raised hopes in ushering in, potentially, the first wave of therapies for this sub-type of age-related macular degeneration (AMD).

Recent company announcements have been a primary reason for raising a positive outlook for this subtype of AMD. At the annual meeting of the Association for Research in Vision and Ophthalmology (ARVO) that was held from May 1–4, 2022, Apellis Pharmaceuticals announced 18-month results from the Phase III DERBY and OAKS study of pegcetacoplan for GA, administered monthly and every other month. The results demonstrated reduction in growth of lesions in the foveal and extrafoveal regions that was clinically significant. Mechanistically, pegcetacoplan inhibits the C3 component of the complement system.

Following a similar mechanism of action is IVERIC BIO’s Zimura (avacincaptad pegol) that is understood to inhibit C5 component of the complement system. During the Retinal World Congress that was held on May 13, 2022, the company provided post hoc analysis from its Phase III GATHER 1 clinical trial; a statistically significant reduction of 27% in GA growth over 12 months was reported for this trial. Another late-stage therapy that is currently being evaluated for GA is Alkeus Pharmaceuticals’s ALK-001 that targets the accumulation of debris in the retinal pigment epithelium (RPE) by inhibiting the formation of toxic vitamin A aggregates. While Phase III results are awaited, the company aims to evaluate the impact of this therapy on growth rate of GA lesions.

Companies are also looking into other innovative therapies to tackle GA. One prominent approach in this regard is gene therapies and stem cell-based therapies. According to GlobalData’s Pharma Intelligence Center, there are three cell therapies and two gene therapies that are in early-stage development for GA. The need to develop therapies that are associated with longer treatment intervals has been an area of continued interest for drug developers in AMD. In this regard, the aforementioned newer drug classes may help to address this gap. 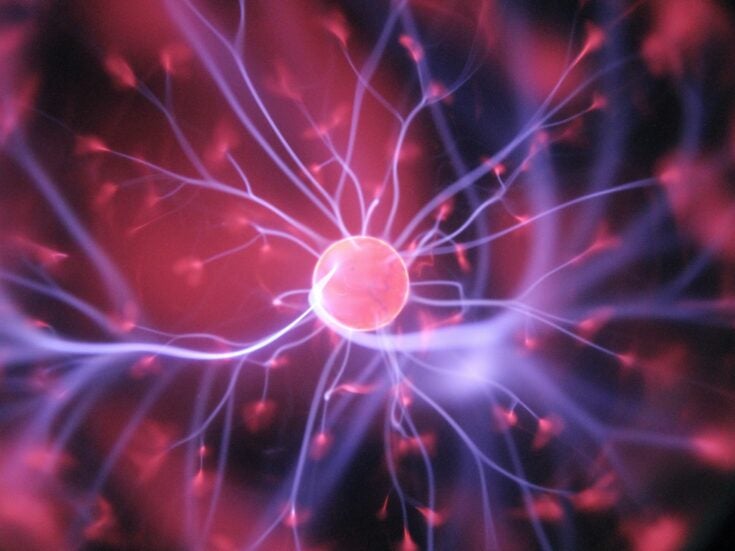 NRG receives award to develop therapies for Parkinson’s and MND

AbbVie files NDA with US FDA for Parkinson’s disease therapy

Gene therapies are usually positioned as one-time treatment options, so if any of the gene therapies that are currently in pipeline development receive approval, it will be seen as a pivotal event that creates a paradigm shift in how AMD, and GA in particular, can be treated more effectively. In addition, the proposition of developing therapies that aim to replace the layer of damaged RPE cells with new, healthy, and functional RPE cells is one that has huge potential to transform the treatment landscape for AMD, with the ultimate advantage of having a long-lasting benefit from a single administration of therapy. Although positive points can be made about these innovative pipeline products in development, features such as side-effect profiles, pricing, efficacy, and frequency of administration remain factors that will ultimately determine the scale of success of drugs entering this market.