Heart failure (HF) is a heterogeneous condition in which the heart is unable to pump out sufficient blood to meet the metabolic needs of the body.

According to the UK’s National Health Service , HF is a progressive long-term condition that is difficult to cure, but its symptoms can be controlled. HF cases are expected to increase in the near future as the risk factors for HF such as high blood pressure and coronary artery disease are continuing to rise in the population.

GlobalData epidemiologists forecast an increase in diagnosed incident cases of HF in the five major European markets (5EU: France, Germany, Italy, Spain, and the UK) from 1,050,000 cases in 2018 to 1,200,000 cases in 2028, at an annual growth rate (AGR) of 1.5%. As HF is a progressive condition in which it is difficult to achieve full remission, preventive measures for HF are the more suitable strategy. Regular brushing of teeth was thought to prevent HF and other heart conditions, but there was no conclusive evidence of this until recently.

According to the December 2019 study by Chang and colleagues published in the European Journal of Preventive Cardiology, regular tooth brushing and professional teeth cleaning reduced the risk of atrial fibrillation and HF. 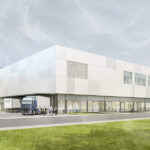 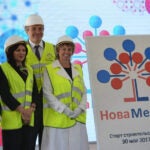 This was a retrospective cohort study of 161,286 patients from the National Health Insurance System in South Korea with complete medical histories. Those with a previous history of HF and other heart conditions were excluded. Population with regular brushing of three or more times a day had a 12% lower risk of developing HF than other groups during a median follow-up of 10.5 years. Although the mechanism is unclear, it was suggested that frequent brushing removed harmful bacteria from the mouth, thus preventing translocation in the bloodstream.

However, this study has some limitations. It is also unclear how this finding replicates in the Western population. Also, as a retrospective study, it is difficult to prove causality. It can be argued that frequent brushers are more likely to be aware of health issues and follow healthy lifestyles, thereby preventing conditions such as HF from developing in the first place.

The findings from this Korean study are interesting, as effective preventive strategies for HF are urgently needed. Further research in the future would help understand the mechanism better and for effective integration of teeth brushing in overall health promotion.