In a new analysis, Eli Lilly and Boehringer Ingelheim’s (BI) sodium-glucose co-transporter-2 inhibitor (SGLT-2I), Jardiance (empagliflozin), demonstrated a reduction in the risk of death and hospitalisation from heart failure (HF) and a reduction in the decline of kidney function in patients with both HF and chronic kidney disease (CKD). This will likely prove significant in the US market, where large numbers of patients are developing cardiorenal and metabolic complications that often present as co-morbidities of type 2 diabetes (T2D).

The analysis is presented from Lilly and BI’s Phase III Emperor-Preserved trial in HF patients; there are currently no approved treatments that have demonstrated clinically significant outcomes across the full spectrum of HF. Jardiance is a well-established SGLT-2I that is highly prescribed by physicians in the T2D space, and more clinical data have been produced in recent years that demonstrate its efficacy in treating patients with T2D and cardiorenal disease. GlobalData predicts that this novel data from the Emperor-Preserved trial will be welcomed by physicians looking for therapies with improved outcomes for their HF patients, and that Jardiance will continue to increase its market share across the HF and T2D space.

The Emperor-Preserved trial demonstrated that Jardiance significantly reduces the risk of the composite primary endpoint of cardiovascular death or hospitalisation for HF in adults with HF with left-ventricular ejection fraction (LVEF) by more than 40% in comparison to the placebo group. In addition, Jardiance significantly reduces the risk of first and recurrent hospitalisations for HF and decreased kidney function. 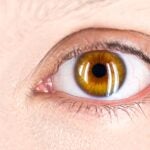 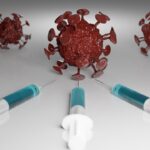 Jardiance was originally approved in 2014 for the treatment of T2D, and was subsequently approved in 2016 for reducing the risk of cardiovascular death in T2D patients. This August, the FDA approved Jardiance for the treatment of HF with reduced ejection fraction (HFrEF), and Lilly and BI have presented data demonstrating Jardiance’s effectiveness in patients with HF with preserved ejection fraction (HfpEF) with or without diabetes. Jardiance receiving FDA approval for HFpEF would enable it to be the first therapy to deliver improved outcomes across all HF patients and would gain significant market share in an increasingly crowded SGLT-2I market.

Several therapies, including Farxiga (dapagliflozin) and Invokana (canagliflozin), have been approved to treat either HF or CKD for those with and without diabetes. If Jardiance achieved a label update for HFpEF, it would likely gain a significant market share and gain priority with physicians prescribing it for the growing HF population, with or without T2D.

As demonstrated by the Emperor-Preserved trial, Jardiance has significant efficacy in treating patients with both HF and CKD. Recent clinical data demonstrating that SGLT-2Is have significant efficacy in the treatment of cardiovascular comorbidities has led to increased competition in the SGLT-2I market, particularly relating to the treatment of T2D. In addition, with approval for HFpEF, Jardiance would be able to obtain a significant advantage in the HF market, in comparison to other HF therapies such as AstraZeneca’s Farxiga (dapagliflozin), Novartis’ Entresto (sacubitril+valsartan) and Bayer’s Verguvo (vericiguat), as it would then be approved for the complete HF spectrum.

Key opinion leaders (KOLs) interviewed by GlobalData have expressed their enthusiasm at the cardiorenal data that has emerged relating to the SGLT2I class, as it provides increased therapeutic options for a rapidly growing patient population. With this novel data, Jardiance is likely to continue to increase its market share in both T2D and HF and become the HF market’s leading therapeutic.