The timeline of the infrastructure necessary for widespread EHR use predates the PC era. EHR  has grown in certain regions such as the US and Europe, and data protection continues to remain an area of concern. Therefore, patient confidence in the use of personal EHRs remains critical for the growth of the EHR market.

Listed below are the major historical milestones relevant to the timeline of the EHR industry, as identified by GlobalData.

1971 – The first computer virus, known as “The Creeper,” was purposely designed and released on ARPANET and copied itself to the remote system, displaying the words: “I am the Creeper: Catch me if you can.”

1972 – The Regenstrief Institute in Indianapolis develops the first EHR program. 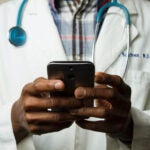 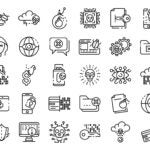 1982 – The first large-scale computer virus outbreak was caused by “Elk Cloner,” a virus developed by a 15-year-old high school student as a practical joke. Elk Cloner was spread by floppy disks and affected the Apple II operating system.

1988 – Cornell graduate Robert Morris created and deployed the first worm. It was an aggressive, self-propagating virus that crippled 10% of the 88,000 computers on the ARPANET, which by 1990 became the internet.

1996 – The Healthcare Insurance Portability and Accountability Act (HIPAA) was signed into law.

1999 – The Melissa and ILOVEYOU worms infected tens of millions of PCs across the world, causing email systems to fail.

2000 – The council of Europe drafted a Cybercrime Treaty to promote the international harmonization of laws against computer crimes.

2002 – A DDoS attack struck the 13 DNS root servers, knocking out all but five. This was the first attempt to disable the internet itself rather than individual hosts or enclaves.

2004 – The Office of the National Coordinator (ONC) of Health Information Technology (IT) is created.

2008 – The National Cybersecurity Division of the US Department of Homeland Security released the Common Attack Pattern Enumeration and Classification resource, a publicly accessible taxonomy of attack patterns.

2016 – Industry spends $40B in cloud data center-related capex, according to IDC.

2021 – The worldwide cybersecurity market is expected to reach $143B.