Rheumatoid arthritis (RA) is a chronic condition that is a result of an autoimmune disorder. Although it can occur at any age, the disease may start affecting people between the ages of 30 to 60 years. Women are also more likely to develop the condition, compared to men.

GlobalData epidemiologists estimated that in 2018, the US had the lowest diagnosis rate of prevalent cases of RA, at 67%, compared to other countries in the eight major markets (8MM: the US, France, Germany, Italy, Spain, the UK, Japan and Australia).

Overall, the 8MM had a diagnosis rate of approximately 73%. The UK had the highest diagnosis rate, 84%, compared to other countries in the 8MM.

However, even though the US has lowest diagnosis rate, GlobalData epidemiologists have also estimated that the US will see one of the highest annual growth rates (AGR) of incident cases of RA out of the 8MM from 2017 to 2027, mainly due to changes in the population. 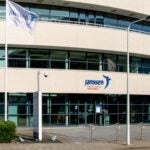 8MM, the diagnosis rate of rheumatoid arthritis (%), both sexes, greater than or equal to 18 Years, 2018

It is important to diagnose RA at its earliest stages and start reducing inflammation as soon as possible. Clinical symptoms of RA can include joint pain, stiffness, swelling and redness.

Diagnosis of the disease includes a physical examination, blood tests, imaging tests and family and personal medical history. The diagnosis rates of RA may be affected by the difficulty in differentiating the disease from other autoimmune disorders at its early stages, therefore affecting treatment rates.

Other autoimmune disorders such as multiple sclerosis and lupus may have overlapping characteristics and common symptoms. Although RA is not curable, treatment options include medicines, both over-the-counter and by prescription, surgery, physical therapy and a healthy diet and exercise.