On 14 May Myovant Sciences reported positive data from LIBERTY-1, the first of two Phase III studies of its oral GnRH antagonist, relugolix, in women with uterine fibroids.

However, despite the positive outcome of LIBERTY-1, GlobalData believes relugolix will face an uphill task to differentiate from competitor AbbVie’s Orilissa (elagolix), given AbbVie has already secured a first-to-market advantage, and anticipates Orilissa will remain the market leader in the space.

Despite meeting its primary efficacy endpoint and key secondary endpoints, relugolix reported a responder rate that fell between the 68.5% and 76.2% produced by AbbVie in the ELARIS trials for Orilissa, while also demonstrating a higher placebo group rate.

The results demonstrate that relugolix failed to gain an efficacy edge over the latter that could help offset the effects of a delayed launch behind Orilissa. On the safety front, a small advantage was seen in terms of bone mineral density loss, though that alone may not suffice for differentiation. Orilissa received approval from the US Food and Drug Administration last year for endometriosis-associated pain and will be seeking a label expansion to include uterine fibroids in mid-2019. 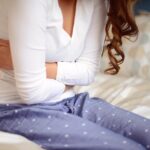 Meanwhile, Myovant also has to compete with a third player, ObsEva, also developing its own oral GnRH antagonist, linzagolix. Myovant’s data has a positive read-through for linzagolix, which is the only candidate among the three with the potential to avoid the use of hormonal add-back therapy. Thus, provided it demonstrates comparable efficacy to Orilissa, it has the opportunity to make up for linzagolix’s third-to-market status. Primary endpoint readouts from ObsEva’s uterine fibroid studies, PRIMROSE 1 and 2, are expected in 4Q 2019 and 1Q 2020.

The three companies are pursuing oral GnRH antagonists in both endometriosis-associated pain and heavy menstrual bleeding associated with uterine fibroids. GnRH antagonists allow for the rapid onset of estrogen suppression, without the hormonal flare effect seen with GnRH agonists. The biggest advantage, however, is their oral route of administration.

Key opinion leaders (KOLs) interviewed by GlobalData have also stated that their convenient oral formulation offers the potential for off-label use in other indications such as female infertility, where they could replace daily subQ GnRH antagonist injections involved in the IVF process.