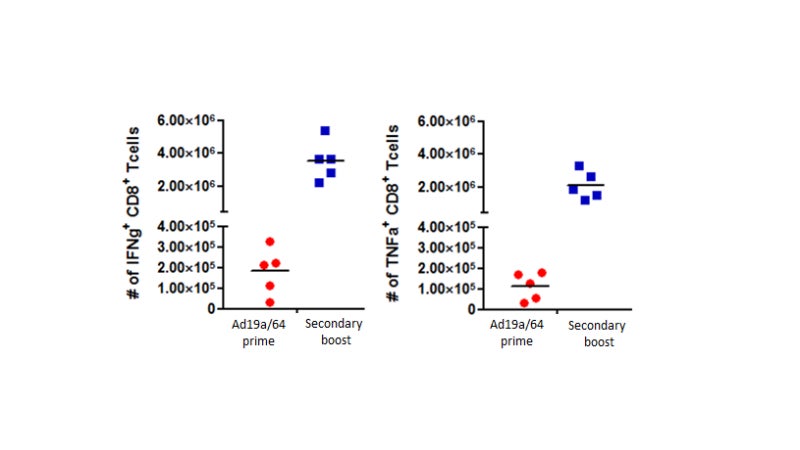 Sirion Biotech has announced that the Ad19a/64 vectors, considered by insiders as a promising vaccination and immune oncolgy tool, can act as a powerful prime reagent in a two-step prime boost vaccination approach.

Ad19a/64 was originally found to be a strong transducer of human dendritic cells and myoblasts in comparison to standard adenoviral serotypes. In a recent news, the company reported that using Ad19a to express an antigen can elicit a solid immunisation in mice, even in the context of pre-existing immunisations against common Ad serotypes.

In this recent experiment, animals were first treated with antigen-expressing Ad19a/64. Given alone, this elicited a solid increase of IFNg and TNFa positive T-cells in the spleen of the animals, indicating immunisation. Five weeks after this prime, a secondary boost by DNA vectors was administered, which led to an added increase of marker-positive T-cells by a factor of 20.

The synergistic effect of Ad19a/64 combined with a second vector system underline its value as a high potential vaccination candidate to treat a number of yet unmet needs.

Further studies by leading scientific groups are currently being conducted, including a vaccination trial in non-human primates and a proof of conetept (poc) study to establish an immune oncology platform. Initial results are expected in early January.

The recombinant adeno-associated virus (rAAV) vector design affects not only the duration and localisation of...

Sirion Biotech is pleased to announce that Mustang Bio is utilising its proprietary transduction enhancer,...