As we head towards the winter, countries around the world are nervously eyeing their rates of Covid-19. If rates were to spike again – as cases continue to rise steadily in many countries – the double whammy of Covid-19 and seasonal flu could be enough to overwhelm health systems.

It’s for that reason that many developed countries, not least the UK, the US and several EU member states, have rolled out booster vaccination programmes.

As of mid-October, NHS England had given out nearly two million Covid booster jabs, offering them to more vulnerable groups who received their second dose at least six months previously. Israel is going one step further, offering boosters to vaccinated people as young as 12.

The thinking behind the booster campaigns is clear – a third round of vaccination provides an extra defence against Covid-19, at a time when protection might be starting to wane. In one Israeli study, older people who had been jabbed more than five months previously had triple the risk of catching Covid, compared to those who had been vaccinated more recently. 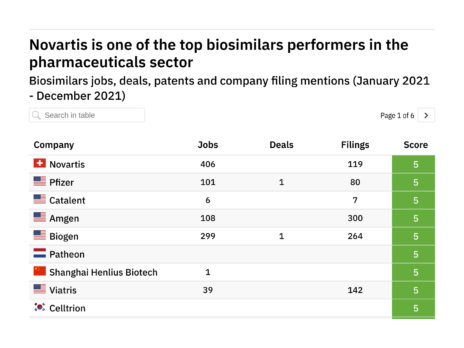 After a third dose, however, a person’s risk of infection appears to plummet. A large study published in the New England Journal of Medicine (NEJM) found that over-60s who’d received their booster jab were 11.3 times less likely to become infected than those who were merely ‘double jabbed’.

Rates of severe illness were lower in the booster group too, by a factor of 19.5. It should be mentioned that rates remained reasonably low in all groups – and would no doubt pale in comparison to those who hadn’t been vaccinated at all.

The issue of equitability

Through one lens, this gives a clear-cut case for giving out booster jabs wherever possible. However, the launch of these programmes has opened up a debate around vaccine equity. In simple terms, why should those in wealthy countries receive a third dose of vaccine when most people in poorer countries have had none?

Dr Mike Ryan, director of the World Health Organization (WHO) health emergency programme, put it more starkly when he said: “We’re planning to hand out extra lifejackets to people who already have lifejackets, while we’re leaving other people to drown without a single lifejacket.”

While vaccination rates across the world are high – around 50% of the global population has had at least one dose – there are huge disparities between low and high-income countries. In some parts of the world, less than 5% of the population is vaccinated, leaving millions of vulnerable people at risk of severe illness. The UK alone has vaccinated more people than 132 countries combined.

In June, the G7 countries pledged to share a billion vaccine doses with poorer nations. However, very few of these doses have been delivered so far. Against this backdrop, many have argued that booster campaigns will only serve to exacerbate existing global supply issues.

“President Biden has set a target of vaccinating 70% of the global population by September 2022, yet large-scale booster campaigns will delay the point at which that goal can be realised,” remarks Assistant Professor Owen Schaefer of the Yong Loo Lin School of Medicine, National University of Singapore.

“Even if some benefit is derived from booster doses, that benefit pales in comparison to the lives that could be saved by redirecting doses abroad to countries with low vaccine coverage but high burden of Covid-19.”

He adds that countries have a self-interested reason to forego a booster programme and instead send doses abroad. Specifically, countries with high rates of Covid-19 may become a hotbed of new variants, which in turn may evade protection from vaccines.

“To the extent that vaccines can effectively limit the spread of Covid-19, distributing vaccines more widely reduces the likelihood that dangerous variants will emerge,” says Schaefer. “Those variants could then spread around the world, imperilling even countries that have undertaken booster campaigns.”

On 8 September, the WHO called for a temporary moratorium on Covid-19 booster doses, with the intent of allowing at least 40% of each country’s population to be vaccinated.

Since then, the organisation has been carefully monitoring the data regarding the need for booster doses – and has recommended additional doses for immunocompromised people. However, it does not believe the evidence currently exists to justify booster campaigns for the general population.

“Data is emerging showing that the vaccine effectiveness is well maintained over time against serious disease and against the current variants,” says a WHO spokesperson.

“There is some reduction in protection for the milder end of the disease spectrum, though it is difficult to disentangle if this is related to waning of protection over time, or reduced protection from recent variants.”

A recent article published in The Lancet has argued that existing vaccine programmes continue to be effective against severe disease. This has been borne out in higher-income countries like the UK, which has seen a dramatic drop in hospitalisations and deaths, even against a backdrop of high case numbers. Arguably, since most cases are still driven by unvaccinated people, the real task for rich countries will be trying to mitigate vaccine hesitancy.

Schaefer thinks that, rather than directing their energies into booster campaigns, wealthy countries ought to be doing their bit to secure equitable vaccine distribution. This might include negotiating with pharma companies, waiving intellectual property rights to vaccines and supporting manufacturing and distribution capabilities in low-income countries.

“As for current barriers to this happening, governments understandably will prioritise the needs and interests of their own people over those abroad,” he says. “This is not in itself unjust – some degree of national priority is defensible. Nevertheless, in times of global crisis like these, countries should recognise there are limits on how much national priority is reasonable. Large-scale booster campaigns clearly cross that limit.”

“Those who are concerned about the injustice of their government’s large-scale booster campaigns could instead consider political action to pressure government officials to change course,” he says.

Although it’s possible to foresee a world in which a third dose of vaccine becomes the gold standard, it may be some time before boosters can be rolled out equitably.  For now, booster campaigns remain controversial – and to many minds a myopically local attempt to address a global crisis.