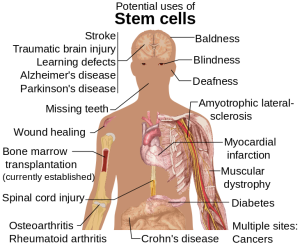 Minerva Biotechnologies today announced that it has made a major breakthrough in stem cell research by converting established human stem cells to the "elusive ‘naïve’ state" and maintaining them there.

The stem cell development company said they kept the cells in the ‘naïve’ state indefinitely by culturing the cells in the dimeric form of NM23-H, a natural but recently discovered human growth factor.

This breakthrough, details of which are published in the in the journal PLoS ONE, is said to be significant because scientists widely believe that figuring out how to stably induce naïve pluripotency in human stem cells is critical for realising the promise of human stem cell therapies.

Only stem cells in a ‘ground’ or ‘naïve’ state are believed to be truly pluripotent and able to properly differentiate into any cell in the human body.

The cells also remain essentially 100% pluripotent, requiring no manual dissection or other manipulations that would interfere with large-scale production and automated stem cell culture.

In a press statement, the company said that the growth factor that maintains human stem cells in the naïve state was until now unknown.

"Until now scientists had only been able to temporarily convert human stem cells to the naïve state by genetically modifying the cells or by treating the cells with a cocktail of biochemical inhibitors.

"This appears to be the natural growth factor that keeps stem cells in the truly pluripotent naïve state and overcomes what had been a major impediment to developing human stem cell therapies."

Mouse stem cells have been considered to be generally much easier to work with because the growth factor that maintains them in the naïve state has been known for some time.

Photo: Stem cell research is vital because it could play a significant role in treating many illnesses. Photo: Courtesy of Mikael Häggström.