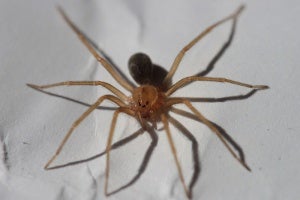 Brazilian scientists have created a synthetic protein that could one day lead to a vaccination against poisonous spider venom.

In experiments, the synthetic protein protected rabbits from the effects of spider poison.

The spider venom tested belongs to the genus Loxosceles, which injures around 7,000 people a year in Brazil alone.

The reaper and brown sugar spider, which can be found worldwide, also belong to this group.

If a vaccine was developed, it could save thousands of lives a year.

A spider’s venom can cause sores and more dangerous side-effects, such as bleeding and kidney failure.

During their research, which was published in the Vaccine journal, the scientists used part of the spider toxin to create a synthetic protein designed to raise antibodies against the venom, report the BBC.

According to the scientists, the immunised rabbits were protected from skin damage at the site of venom injection, and from haemorrhaging.

The scientists believe their research could be the start of a new generation of anti-venom vaccines.

Universidade Federal de Minas Gerais, Brazil, researcher Dr Carlos Chávez-Olortegui, speaking to the BBC, said; "Existing anti-venoms are made of the pure toxins and can be harmful to people who take them."

"We wanted to develop a new way of protecting people from the effects of these spider bites without having to suffer from side-effects."