Scientists at the University of Graz in Austria have modified and reinforced a host defence peptide from breast milk to enable it to specifically detect cancer cells.

As part of the project, which has received support from Austrian Science Fund FWF, it was found that the active substance can then induce cell death.

Scientists will continue research on the new therapeutic approach to types of cancer with limited treatability.

A team from the Department of Molecular Biosciences at the University of Graz has developed a new weapon that selectively targets the lipid phosphatidylserine (PS), which serves as a marker for cancer. 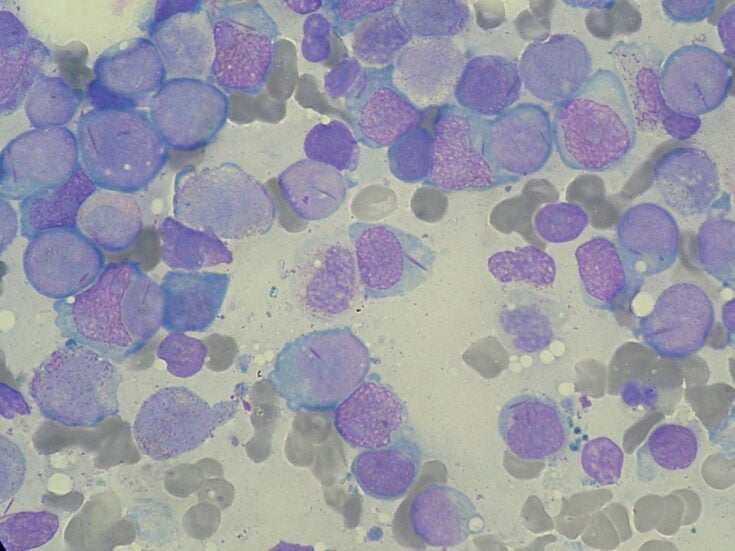 PS are negatively charged molecules carried on the outer side of the membrane enveloping cancer cells.

Within the project, the team managed to hone a human defence peptide into an arrow that targets cancer cells.

Various types of cancer cells, including melanoma and glioblastoma, are identified by a modified and strengthened active part of the peptide lactoferricin found in a precursor in breast milk.

The peptide arrows are positively charged and locate the negatively charged PS-exposed on the surface of cancer cells, dock on to them and induce cell death.

"The biggest challenge in the design process was to find the right balance of toxicity and specificity."

During this process, the peptide variants will not interact with healthy cells of the body.

In a joint statement, principal investigator Dagmar Zweytick and postdoc researcher Sabrina Riedl said: "The biggest challenge in the design process was to find the right balance of toxicity and specificity.

“If the peptides are made too active, they will also attack healthy cells. In control tests we always made sure that the peptides locate only cancer cells and leave normal cells untouched.

Between July 2012 and June last year, a team of five members worked on the arrangement of the chemical building blocks of the active hairpin-shaped peptide constituent.

The design process was initiated by simulating variants of activity levels in a computer model.

About 15 variants of the substance were synthesised on the basis of these designs and then tested on membrane models and ‘in vitro’ on cancer cell lines.

The Dagmar Zweytick team is now partnering with a pharmaceutical company for a project financed by the Austrian Research Promotion Agency FFG to prepare for pre-clinical studies.