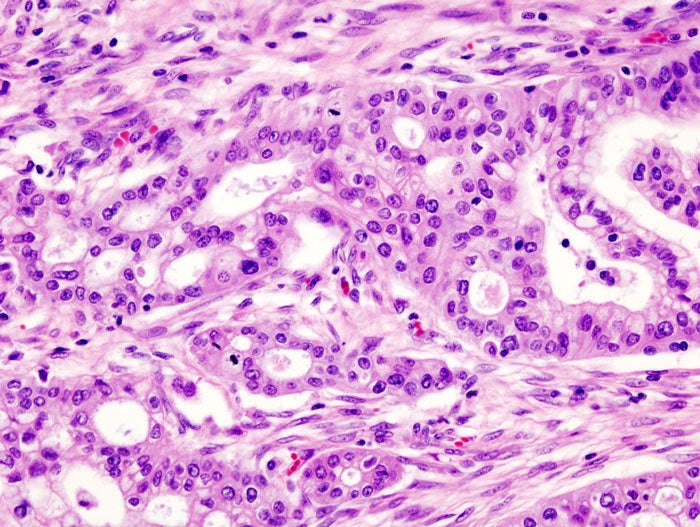 After successful testing on mice, investigators at the Massachusetts General Hospital in the US are planning on giving Losartan to patients with inoperable pancreatic cancer to see if it can tackle this difficult to treat disease, Nature Communications reports.

Although this added treatment will not cure patients it is hoped it will give them more months or years of life than they otherwise currently have.

Pancreatic cancer is notoriously difficult to treat because only one in ten people with the disease have a tumour that is operable and currently only 5% of pancreatic cancer patients survive for at least five years.

Losartan works by making the blood vessels relax and dilate so that they can carry more blood, which eases pressure.

It has been used for more than a decade as a safe blood pressure medication.

"Losartan works by making the blood vessels relax and dilate so that they can carry more blood, which eases pressure."

During their studies, the Massachusetts researchers discovered the drug was beneficial in mice with breast and pancreatic cancer.

It improved blood flow in and around the tumours, allowing more of the chemotherapy drugs to be delivered to their target.

Mice that were given this treatment instead of just standard chemotherapy alone survived for longer.

Speaking to the BBC, Cancer Research UK’s Dr Emma Smith said: "The fact that these drugs are already widely used to treat high blood pressure will hopefully cut down the amount of time it will take to test their potential in treating cancer but they may not be safe for all patients or when combined with other cancer treatments, so we need to wait for the answers from clinical trials which are already under way."