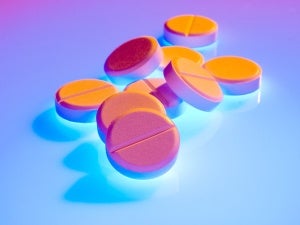 Teva Pharmaceuticals has been asked by the US Food and Drug Administration to stop shipping a generic version of a bupropion anti-depressant, after analysis revealed it does not work properly.

Analysis of the drug was prompted after patients complained of reduced efficiency after being switched from Wellbutrin XL 300 to its generic counterpart, Budeprion XL 300.

Further investigation revealed Budeprion XL 300 releases its key ingredient much faster than Wellbutrin XL 300, which is made by GlaxoSmithKline.

The company stopped shipping the drug altogether on the 27 September.

However, all the generic drugs were approved by bioequivalence studies comparing the 150mg strength of the products to Wellbutrin XL 150mg, and no studies were performed directly on the 300mg products.

The FDA has now decided this approach is no longer appropriate to establish bioequivalence of 300mg bupropion hydrochloride extended-release tablets to Wellbutrin XL 300mg, and the agency is revising its guidance to industry on how to conduct premarket bioequivalence studies in generic bupropion products.

The announcement by the FDA relates only to Budeprion XL 300mg, manufactured by Impax and marketed by Teva.

It does not affect the Impax/Teva Budeprion 150mg product, or generic bupropion products made by other manufacturers.

Although there is no evidence to suggest the other four generic Wellbutrin XL 300 drugs – Anchen, Actavis, Watson, and Mylan – are ineffective like Budeprion XL 300, the FDA has asked each drug company to carry out it’s own trials and submit them by March 2013.

Image: After complaints from patients and further testing by the FDA, Teva Pharmaceuticals has stopped producing Budeprion XL 300. Photo: Courtesy of Leonardini.