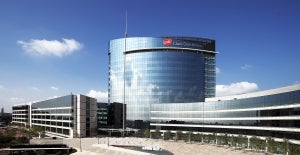 UK-based pharmaceutical firm GlaxoSmithKline (GSK) has reached a $3bn settlement for what US government officials have labelled as the largest healthcare fraud case in US history.

The case related to allegations that the company broke US laws relating to the marketing and development of pharmaceuticals, whilst also failing to provide safety data regarding its diabetes medication Avandia.

GSK was found to have marketed its antidepressant Paxil to patients less than 18 years old, despite it being approved for use in adults only, whilst also advertising Wellbutrin for uses it was not approved for, such as weight loss.

"GSK was found to have marketed its antidepressant Paxil to patients less than 18 years old, despite it being approved for use in adults only."

The investigation also found GSK to have engaged in providing illegal kickbacks, such as meals and spa treatments, to doctors to promote the drug, whilst the company also distributed a medical journal article labelled as misleading by the US Justice Department.

GSK has agreed to plead guilty to three misdemeanour criminal counts, one for each of the drugs, with the company agreeing to pay $1bn in criminal fines and $2bn in civil fines.

Deputy US Attorney General James Cole labelled the agreement as "unprecedented in both size and scope," adding that the fine represents a "clear warning to any company that chooses to break the law."

GlaxoSmithKline CEO, Sir Andrew Witty, said that whilst the acts had occurred in a different era of GSK, the company had learnt from its mistakes.

"We have fundamentally changed our procedures for compliance, marketing and selling. When necessary, we have removed our employees who have engaged in misconduct. In the last two years, we have reformed the basis on which we pay our sales representatives and we have enhanced our ability to ‘claw back’ remuneration of our senior management," Witty added.

The settlement surpasses the $2.3bn settlement made by Pfizer in 2009 after it was found to have improperly marketed 13 drugs.