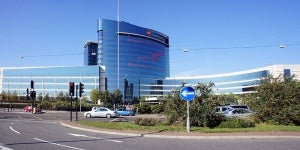 GlaxoSmithKline (GSK) has signed a four-year contract with the Biomedical Advanced Research and Development Authority (BARDA), a division of the US Department of Health and Human Services (HHS), for the supply of its anthrax inhalation treatment, raxibacumab.

The US Government is purchasing the medication as a means to combat against a potential bioterrorist attack.

The new contract requires GSK to provide 60,000 doses to the US Government over the next four years, at a cost of $196m.

Raxibacumab was previously approved by the FDA in December 2012 to treat adults and pediatric patients with inhalation anthrax.

Antibiotics are successful in targeting the anthrax bacteria, but raxibacumab produces an additional type of defense that blocks the anthrax toxin.

GSK immunology and rare diseases for US pharmaceuticals vice-president Sheri Mullen said: "We have been collaborating with BARDA for a number of years and raxibacumab is now an important part of the US Government’s emergency counter measures against bioterrorism. Through this agreement, we are proud to be helping protect US citizens against such threats."

"As a pharmaceutical company, we believe we have a responsibility to support governments in protecting their citizens against infectious diseases."

GSK’s global commercial lead for infectious diseases, Mary Kerr, also commented that "As a pharmaceutical company, we believe we have a responsibility to support governments in protecting their citizens against infectious diseases.

"This agreement highlights the ongoing successful collaboration between GSK and BARDA and is just one example of our commitment to working with governments globally to fight major public health threats."

Raxibacumab’s effectiveness is based on five studies that were conducted using animal models of inhalation anthrax.

The medicine was shown to improve survival rates, particularly when it was administered with a combination of antibiotics as well as a monotherapy.

Raxibacumab has not yet been approved for use outside of the US.