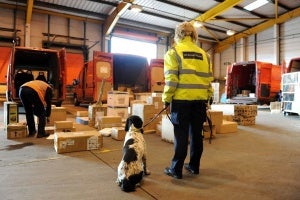 29 of the world’s largest pharmaceutical companies have entered into an agreement with Interpol in a bid to combat the sale of fake medicines that lose companies money and threaten millions of lives.

The €4.5m deal will focus on quicker response to crimes, including generic drug counterfeiting and the identification and dismantling of organised crime networks linked to this illegal activity.

Counterfeit cough syrup and other medicines laced with diethylene glycol have caused eight mass poisonings around the world, including killing 100 people in Panama in 2006.

In 2012, 109 heart patients in Pakistan died after taking fake medicine.

Interpol secretary general Ronald K Noble said; "With no country, no drug, no medical product immune from counterfeiting, a global effort is needed to combat this threat which puts the lives of millions of people at risk every single day."

The new programme also hopes to raise awareness of the problem, in particular for those buying medicines online.

It is estimated by the World Health Organisation that more than 50% of medicines bought online from sites concealing their addresses are found to be counterfeit.

It will also include training, capacity building and targeted enforcement actions to build awareness of the issue, as well as to disrupt and dismantle the organised crime networks involved in the various types of pharmaceutical crimes.

Sanofi CEO Christopher Viehbacher, said; "In the case of drug counterfeiting, it can mean the difference between life and death for a patient.

"It is estimated that 10% of medicines are fake and these figures can go up to 50%, particularly in some poorer countries."

Last year Interpol supported Operation Pangea V, an initiative aimed at disrupting the organised crime networks behind the sale of fake medicines, resulting in 80 arrests and the worldwide seizure of 3.75m units of potentially life-threatening medicines worth up $10.5m.

Image: Counterfeit cough syrup and other medicines laced with diethylene glycol have caused eight mass poisonings around the world, including killing 100 people in Panama in 2006. Photo: Courtesy of Interpol.