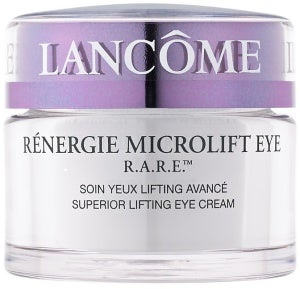 Cosmetic giant L’Oreal has been told to stop describing its products in a way that suggests they are selling pharmaceuticals rather than cosmetics.

Lancome USA, which is part of L’Oreal, was issued a letter of warning by the US Food and Drug Administration (FDA) for describing some of its products as having the ability to "boost the activity of genes" or "stimulate cell regeneration" in order to halt the ageing process.

According to the FDA this classifies them as drugs, which companies are not allowed to sell in the US without clinically demonstrating they are safe and effective.

The letter, which was posted on the FDA website on 7 September 2012, states; "The claims on your [L’Oreal’s] web site indicate that these products are intended to affect the structure or any function of the human body, rendering them drugs under the Act."

The offending Lancome products include Rénergie Microlift Eye R.A.R.E. eye lifter, which claims to "re-bundle collagen", and Absolue Precious Cells Régénerative anti-ageing cream, which claims "to improve the condition around the stem cells and stimulate cell regeneration to reconstruct skin to a denser quality".

The letter goes on to warn L’Oreal, a French company, that its "products are not generally recognised among qualified experts as safe and effective for the above referenced uses and, therefore, the products are new drugs.

"A new drug may not be legally marketed in the US without prior approval from FDA in the form of an approved New Drug Application."

The FDA has given L’Oreal 15 working days to respond to the letter informing them of any proposed changes they are going to make in order to comply with regulations or to defend their products labeling.

If the FDA receives no response, its has threatened "enforcement action without further notice".

L’Oreal is not the only company to be indentified as offering a cosmetic product with advertising language describing it as a drug.

Other companies who have also received such warning letters include Greek Island Labs, Bio Form Medical and Hydrodermy Beverly Hills.