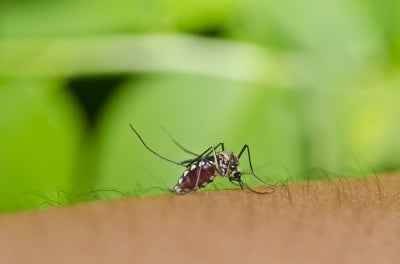 Scientists in South Africa have discovered a new compound which could cure all strains of malaria and block transmission of the parasite from person to person.

The compound, code named MMV390048, is part of the aminopyridine class and was discovered by a research team at the University of Cape Town's Drug Discovery and Development Centre (H3-D).

The aminopyridine series was initially identified by Griffith University scientists in Australia as part of Switzerland-based Medicines for Malaria Venture's (MMV) malaria screening campaign of around 6 million compounds.

MMV has now selected the compound for further pre-clinical development.

UCT H3-D founder and director professor Kelly Chinale said; "We are very excited that this promising compound, researched by African scientists, has been selected by MMV for further development.

"This is truly a proud day for African science and African scientists. Our team is hopeful that the compound will emerge from rigorous testing as an extremely effective medicine for malaria - a disease that accounts for 24% of total child deaths in sub-Saharan Africa."

South African Minister of Science and Technology Naledi Pandor added; "This is a significant victory in the battle to alleviate the burden of disease in the subcontinent. Clearly the war on this disease is not yet won, but I am excited by the role that our excellent scientists have played in this milestone in finding a potential cure for malaria and possibly preventing its transmission."

Image: The new compound could cure all strains of malaria and block the disease from spreading from person to person. Photo: Courtesy of FreeDigitalPhotos.net.