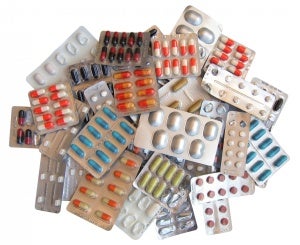 A £200m-a-year cancer drugs fund due to expire next year will be extended until 2016, UK Prime Minister David Cameron has announced.

Set up in 2011, The Cancer Drugs Fund (CDF) aims to help patients in England access certain drugs before they are granted approval for widespread NHS use by the National Institute for Health and Care Excellence (Nice).

Cameron’s announcement means the government will invest another £400m into the scheme to keep it going until March 2016.

The move has been welcomed by Cancer Research head of policy Sara Osborne, speaking to the BBC, who praised the valuable role the fund would play in battling cancer.

"Over the last three years about 34,000 patients have had treatment that they would not have otherwise."

"There’s about 30 drugs that are available on the Cancer Drugs Fund, and over the last three years about 34,000 patients have had treatment that they would not have otherwise had, had the fund not existed," said Osborne.

UK Health Secretary Jeremy Hunt said the government had made an exception for cancer because they considered it ‘the number one killer’.

Over the weekend, Cameron also announced a new partnership that will join up Genomics England and Cancer Research UK as part of a government bid to make Britain the first country in the world to sequence 100,000 genomes, or individual DNA codes, within five years.

Scientists will sequence whole DNA codes from 3,000 cancer patients, along with a further 3,000 whole DNA sequences for their tumours. This will help scientists determine which cancer treatments would be effective.

Cancer Research UK chief executive Dr Harpal Kumar said: "New treatments targeting the genetic changes in cancer are being developed all the time, and the Cancer Drugs Fund is a vital way for patients to get them as soon as they’ve been properly tested and shown to work.

Image: Health Secretary Jeremy Hunt said the government had made an exception for cancer because they considered it ‘the number one killer’. Photo: courtesy of Alaa Hamed.