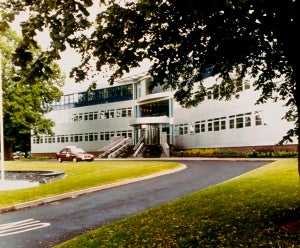 Biopharmaceutical giant AstraZeneca has announced it will establish a new global R&D centre and corporate headquarters in Cambridge, UK, by 2016, creating 2,000 jobs in the process.

The company will invest £330m ($500m) to establish a purpose-built site in the area, as well as reshuffle some jobs from its other UK sites to Cambridge and abroad.

Under AstraZeneca’s proposed future plans, its small molecule and biologics research and development activities will be concentrated in three strategic centres around the world by 2016: in Cambridge, UK; Gaithersburg, Maryland, US and Mölndal, near Gothenburg, Sweden.

AstraZeneca Chief Executive Officer Pascal Soriot said; "I believe that the investment we are announcing today greatly increases the chances that the next generation of innovative medicines will be invented and manufactured in Britain."

Other UK AstraZeneca sites will be affected over the next three years.

Research and development work will no longer be carried out at its Alderley Park, Cheshire facility, resulting in about 700 job losses and approximately 1,600 roles being relocated to Cambridge, a nearby Macclesfield facility or sites overseas.

The company’s Paddington, London, offices are expected to close by 2016 with employees being asked to move to the new Cambridge facility.

In a press release the company stressed it will continue to have a strong presence in the North West with some 3,000 employees at Alderley Park, its Macclesfield manufacturing site and the MedImmune vaccine manufacturing facility in Speke.

Soriot added; "I recognise that our plans will have a significant impact on many of our people at our sites in Cheshire and London and the surrounding communities. We are fully committed to treating all our employees with respect and fairness as we navigate this period of change."

Image: The company’s Alderley Park, Cheshire facility will lose 700 employees up to 2016. Photo: Courtesy of AstraZeneca.