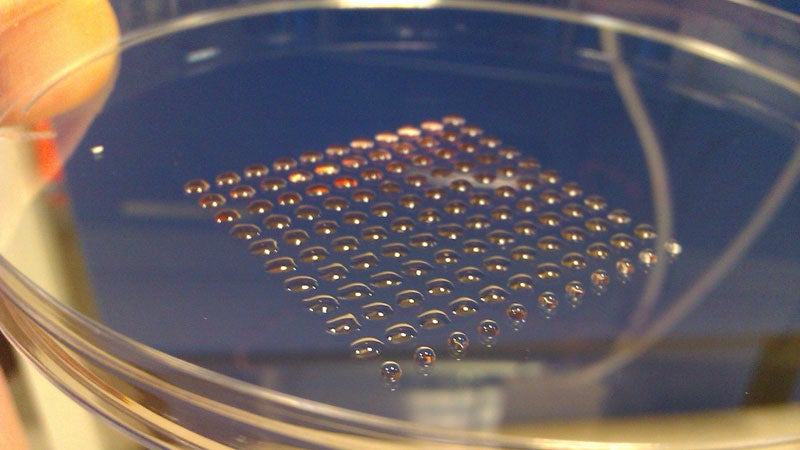 A 3D printing technique that produces clusters of human stem cells could be used to speed up the process of drug testing on human tissues grown in the lab, scientists in Scotland say.

In the long term, the process, developed by Heriot-Watt University in Edinburgh, could be used to produce replacement organs for patients, eliminating the need for organ donation.

While 3D printing of tougher cell cultures – developed from cells in bone marrow or the skin – has been achieved before, the new ‘valve-based’ technique is the first to print delicate, more flexible embryonic cell cultures which have the potential to become any type of tissue in the body.

The specialised 3D printer is able to gently handle these delicate stem cells, giving them a greater chance to thrive, the researchers said.

Heriot-Watt Biomedical Microengineering group member and study co-author Dr Will Shu said; "To the best of our knowledge, this is the first time that these cells have been 3D printed. The technique will allow us to create more accurate human tissue models which are essential to in vitro drug development and toxicity-testing."

Dr Shu and his colleagues envisage using the technology to develop 3D organs for medical implantation from a patient’s own cells, removing the problem of transplant rejection.

The researchers then produced uniform sized droplets, made up of two to five cells, by using pressurised air to pump the cells through large-diameter nozzles.

To produce clusters of cells, the printer overlays the hESCs with cell-free bio-ink to create spheroids.

After several tests, the team found that 99% of the stem cells survived the printing process.

The study is published in the journal Biofabrication.

Use of Artificial Intelligence in Pharmaceutical Drug Development and Clinical Trials: Case Study