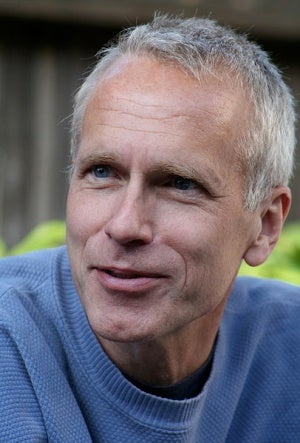 Two US cardiologists who discovered vital information on how cells in the body respond to chemical messages have been awarded the Nobel Prize for Chemistry.

Dr Robert Lefkowitz of Duke University Medical Center and Dr Brian Kobilka of Stanford University School of Medicine were honoured on the 10 October by the Royal Swedish Academy of Sciences for their breakthrough work. They were informed of the prize by phone.

Before their breakthrough, it was widely known that hormones controlled cells. However, Lefkowitz and Kobilka through their research, effectively discovered how to unlock this process so medicines such as beta blockers could be created.

It is believed that their discovery aided the invention of an estimated 40% of drugs currently on the market today.

Lefkowitz, speaking to the Los Angeles Times, said he was surprised that a pair of doctors without PhDs won the chemistry award, adding ‘a lot of what we do is self-taught’.

"It was so exciting to see this three-dimensional structure and finally know how these transmembrane regions interact during signalling."

There research stems from the reaction that happens when a target molecule, or hormone such as adrenaline, attaches itself to part of the receptor on the cell’s surface, the receptor shape on the cell’s interior changes slightly. This change begins the cell-signalling process.

In the 1970s, when Lefkowitz was a cardiologist studying hormones, such as adrenaline, he discovered a way to use radioactive tracers to determine what the hormones bound to, in order to cause an effect in the body such as fighting.

In the mid-1980s Lefkowitz and Kobilka started working together and discovered there was a whole family of GPCRs, which are embedded in the membrane of the cell and activated by different molecules.

After painstaking research and testing they eventually reached their ultimate success in uncovering the receptors’ structures, which opened up enormous possibilities for targeted drug development.

"It was so exciting to see this three-dimensional structure and finally know how these transmembrane regions interact during signalling," Kobilka told the Guardian.