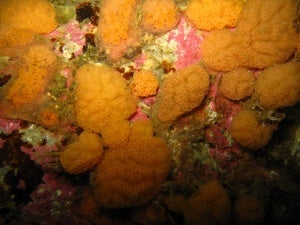 In a bid to discover much-needed new antibiotics, scientists from across Europe plan to search for new bacteria in deep sea trenches around the Arctic, Antarctic and Pacific Ocean.

Led by the University of Aberdeen, the PharmaSea project will see scientists collect and screen samples of mud and sediment from up to 8km below sea level, in a bid to find new bacteria that can produce novel antibiotics.

It is hoped that if all goes to plan their findings could provide new treatments within a decade.

Marine organisms that live at such great depths are considered to be an interesting source of study as they survive under extreme conditions.

The search to find new antibiotics is of increasing concern. Over-reliance and inappropriate prescribing have led to rapid increase in drug-resistant bugs, causing experts to fear that effective antibiotics may soon disappear, risking millions of lives.

University of Aberdeen chemistry professor and project leader Professor Marcel Jaspars said; "If nothing’s done to combat this problem we’re going to be back to a ‘pre-antibiotic-era’ in around 10 or 20 years, where bugs and infections that are currently quite simple to treat could be fatal".

Jaspars adds that there hasn’t been a completely new antibiotic registered since 2003, which he believes is partially because they are not particularly profitable for drug companies.

The average person uses an antibiotic for only for a few weeks and the drug itself only has around a five to ten year lifespan.

University of Leuven Laboratory for Molecular Biodiscovery lecturer, industrial research fellow and project co-ordinator Dr Camila Esguerra said; "PharmaSea will not only be exploring new territory at the bottom of the oceans, but also new areas in "chemical space".

This four-year project is said to be groundbreaking as only a handful of samples have ever been taken from deep trenches in the sea.

Backed by £8m of funding from the EU, divers will use specialist equipment that costs upwards of £25,000 a day to use.

Once they have collected sediment, scientists will then attempt to grow unique bacteria and fungi from the sediment that can be extracted and refined to discover new antibiotics.

The projects will bring together 24 partners in industry, academia and not-for-profit organisations from 14 countries.

Image: The PharmaSea project will see scientists collect and screen samples of mud and sediment from up to 8km below sea level. Photo: Courtesy Kirsti Helland, University of Tromsø, Norway.