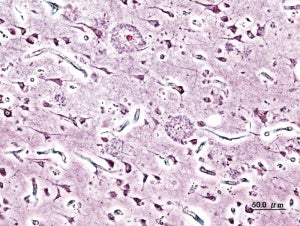 Three Alzheimer’s drugs have been chosen for testing in a special worldwide clinical drugs study to determine if they can prevent the disease.

The three drugs chosen by Alzheimer’s researchers are Gantenerumab, Solanezumab and beta-secretase (BACE).

They will be studied at the Dominantly Inherited Alzheimer’s Network Trials Unit (DIAN TU) at Washington University School of Medicine in St. Louis. The studies are expected to start in early 2013.

The drugs were picked from dozens submitted by DIAN Pharma Consortium. All have passed earlier clinical trials that evaluated whether they engaged their targets in patients and measured their safety and effectiveness.

Gantenerumab is developed by Roche and is currently in an international phase III trial called Scarlet RoAd, which started in 2010 and is testing the drugs ability to stop Alzheimer’s prior dementia.

Beta-secretase (BACE) is developed by Eli Lilly and Company and is in Phase II clinical trials, the theory behind the drug is that it works by reducing the amount of amyloid beta proteins produced, gradually slowing the accumulation of plaques.

Solanezumab is also developed by Eli Lilly and is a monoclonal antibody in Phase III clinical trials.

The trial will involve 160 people who have inherited mutations that mean they are almost certain to develop Alzheimer’s at a young age, typically in their 30s, 40s or 50s. The trial will also monitor the health of 80 DIAN participants who did not inherit the Alzheimer’s mutations.

They will be within 10 to 15 years of the anticipated age when symptoms of cognitive decline and dementia are expected to appear.

Throughout the trial researchers will monitor the biological indicators of disease in the brain for two years and if a drug shows promise the trial will be extended.

"This is a very exciting moment in Alzheimer’s disease research, and it gives me renewed hope for a future without Alzheimer’s," says DIAN participant Brent Whitney.

"The three drugs chosen by Alzheimer’s researchers are Gantenerumab, Solanezumab and beta-secretase (BACE)."

"I hope my grandchildren someday learn of this condition in history books, like I learned about polio."

The drug companies will be making the drugs available at no cost to the researchers, as well as providing supporting grants in order to make the trial possible.

Principle investigator Randall Bateman said: "This trial is the result of a groundbreaking collaboration between academic institutions, pharmaceutical companies and patient advocacy groups, with key support from regulatory groups,"

"We are excited that this diverse portfolio of drugs and approaches will accelerate the discovery of an effective treatment for Alzheimer’s," Bateman continued.

Image: Senile plaques seen in the cerebral cortex of a person with Alzheimer’s disease of presenile onset. Photo: courtesy of KGH.