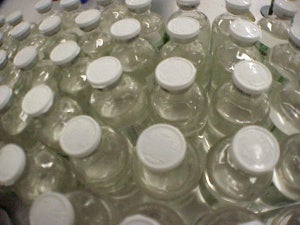 The US Food and Drug Administration (FDA) has raided the New England Compounding Center as four more deaths are confirmed in the ongoing meningitis outbreak.

After the raid, the FDA confirmed the presence of a fungus known as Exserohilum rostratumin on unopened medication vials of preservative-free methylprednisolone acetate from one of three lots from the New England Compounding Center (NECC).

On 18 October, just days after the raid, the FDA posted the following on its website; "The laboratory confirmation further links steroid injections from these lots from NECC to the multistate outbreak of fungal meningitis and joint infections. Testing on the other two implicated lots of methylprednisolone acetate and other NECC injectables continues."

The number of confirmed infected cases now stands at 247, with 19 deaths.

The FDA searched the New England Compounding Center (NECC) on Tuesday after it was suspected of breaking federal laws in relation to controlled substances.

The company has shipped more than 17,000 potentially infected vials to drug clinics in 24 states. The vials are used to treat back pain and other conditions.

The additional four deaths were in Tennessee, Virginia and Florida.

The FDA first called for a withdrawal of all NECC products on 4 October and is now also looking at two other NECC drugs suspected of carrying the meningitis infection.

The drug regulator has come under fire for not acting earlier to prevent the outbreak after is was revealed the FDA sent the NECC a warning letter in 2006 "detailing significant violations witnessed" by investigators the previous year, but failed to follow up on the case.

Image: The NECC has shipped more than 17,000 potentially infected vials to drug clinics in 24 states. Photo: Courtesy of Ana Labate.