In Association with Kinaxis

Planning for an unknown future is far from ideal for any industry. The fact that the life sciences sector is so dependent on just-in-time deliveries means that it could be particularly hard hit in the event of a no-deal Brexit.

Companies risk either using up too many resources in contingency planning or end up not putting in enough aside and struggle to cope should the worst-case scenario unfold. In short, Brexit presents companies with challenges unlike any other they have encountered.

“People don’t know what’s going to happen. There could be everything from regulatory changes to the free movement of goods being gone,” explains Bill DuBois, Kinaxis director of industry marketing.

“All of a sudden, you could have these regions with different regulatory issues. And what that likely means is that there could be situations where some regions can only source from certain suppliers. These types of scenarios will have a major impact, especially on the capacity capabilities if what used to be a viable source is now no longer.

Challenges for the life sciences supply chain with Brexit

Three years on from the Brexit vote and no one is any the wiser as to what the UK’s future relationship with the EU will look like. The worst-case scenario of the UK leaving without a deal or any customs arrangements could have a severe impact on the life sciences supply chain, which is heavily reliant on just-in-time deliveries. Bill DuBois from Kinaxis explains what companies are doing to cope with the uncertainty and if there are any positives on the horizon. 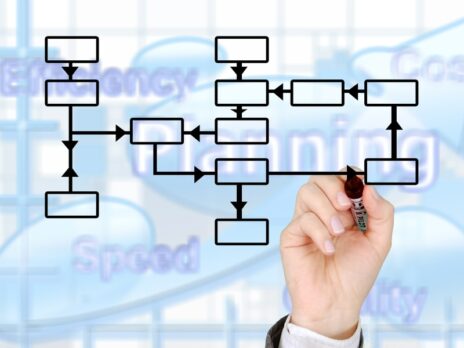 “You can expect increased costs, inventory buffers to ensure delivery and longer lead-times. If there are going to be any delays, they need to plan for it. They can’t have products show up at the border and get held up there. There’s so much on the line to deliver on time. If there are changes at the border, that could start impacting how they ship. You’re adding lead-time.

“It’s just a lot of disruption. If I had to use one word to answer what problems are presented by Brexit, it would be the ‘unknown’. It’s such an interesting anomaly of a situation.”

Kinaxis is a software company that specialises in supply chain management and operations planning. The company has been helping customers assess their options with Brexit and take a closer look at their supply chain to identify where things could go wrong and how to achieve more positive outcomes.

“We’ve talked to customers and they’re starting to create scenarios to look at what would happen if: ‘this happens on this specific date, there are particular tariffs, we need to expect longer lead-times, there are new regulatory issues, we have to shift production from one facility to another’. From there, you can start modelling the outcomes and plan so you can prepare for what actually happens,” adds DuBois.

“The real advantage of that is that they can take pessimistic and optimistic views. What if it happens tomorrow? Or what if the deadline gets pushed back again? So you can have all these different scenarios that way what’s going on.”

One major consequence of the Brexit effect is that many pharma companies have resorted to stockpiling. However, this is not considered to be a viable long-term solution.

“Even if you have the capability to produce, you can only hold material for so long. Most products and medicines have expiry dates. It’s not like shipping laptops or something similar. They can’t just sit on the shelf. There are many controls that go into storing product and managing expiries.”

If Brexit was cancelled

The date the UK was originally due to leave the EU was 31 March 2019. However, events have not gone as UK Prime Minister Theresa May intended. May was forced to request a six-month Brexit deadline extension until 31 October after she was unable to get her withdrawal agreement voted through Parliament.

May made three unsuccessful attempts to get her agreement passed and had planned a fourth, until a lack of support forced her to announce her resignation.

Boris Johnson, a key figure in the Vote Leave campaign, is widely expected to become the next British Prime Minister. Johnson has vowed to ensure the UK does not extend its departure date again.

Johnson’s rival in the leadership contest Jeremy Hunt has also recently toughened his stance on Brexit. Hunt said he would be prepared to proceed with a no-deal outcome should EU negotiations fail.

Conservative Party members are currently voting to decide the next leader, with the result announced on 23 July. Either Johnson or Hunt will then likely become British Prime Minister.

Yet Brexit is unlikely to be an easy ride for either successful leadership candidate. The EU has said it would not be willing to renegotiate the withdrawal agreement with the new PM.

“If Brexit doesn’t end up happening, I think everybody in life sciences would love that.”

While on the other side of the debate, the anti-Brexit Liberal Democrats’ vote surged in June’s European elections and top-level shadow cabinet members are also pushing for a second referendum. In addition, an increasing number of Tory MPs have said they would be willing to vote down the government in order to prevent a no-deal Brexit. This would almost inevitably result in a general election.

As a result of these factors, there is still a possibility that the UK may end up staying in the EU after all.

“If Brexit doesn’t end up happening, I think everybody in life sciences would love that,” adds DuBois.

“They would just like things to stay the way they are. I think there are more cons than pros to Brexit.

“Fifty percent of companies at a recent conference were spending more than $5m a year on planning for Brexit and another percentage within this were over the $10m mark. They’re allocating resources.

“The difficult thing is you’re planning for a number of different possible scenarios and you don’t know what or when it’s going to happen.”

In any Brexit scenario, price increases are widely predicted. Even if the UK does end up remaining in the EU, companies will still have to recover their costs from all the measures they have been taking to prepare for Brexit.

“It’s a good question to say: how will they recoup their losses? If it is just a write-off for them, it’s just a part of doing business. But ultimately, it could be the patient that ends up paying the price,” DuBois suggests.

Furthering the challenge is potential regulatory changes. In theory, the UK could end up having regulations that are different from the rest of the EU. This would make development more difficult, as what is permitted in the UK may not be allowed in the EU, and vice-versa.

“I think the challenge comes when treatment goes to production. It just becomes more problematic because there could be limitations on where you can actually produce. Then there are limitations on the different lanes you would have to get the product to market,” DuBois says.

Amid all the uncertainty and negative predictions, DuBois says there is something positive to have come out of Brexit and it may end up changing the life sciences supply chain as we know it.

“The one positive is that companies are really getting to know their supply chains,”  DuBois says.

“They’ve had to dig in and really understand how their supply chain is connected at a level that they haven’t before. Because all of a sudden, these things could change.

“This is driving some supply chain initiatives around improving everything from reducing planning cycle times, to improving all the source delivery components in the supply chain.

“It definitely created a sense of urgency. If we’re going to understand the impact of Brexit, we really need to know our supply chain and how they’re connected. What the current state looks like and then being able to have the capabilities to model the ‘what ifs’.”

“It definitely created a sense of urgency.”

Despite life sciences’ reputation as a slow-moving industry, Brexit could force life the sector to speed-up processes.

“If you think about all the different levers that are going to get pulled with Brexit, you can now model any combination of these and understand the impact on global capacities. From a supply chain perspective, the life sciences industry always had that reputation that they were behind, especially from the high-tech industries. They’re the ones who figured it out first,” DuBois adds.

“When you think about Apple, Amazon and Google, all these companies figured out the supply chain. The good news is that life science companies have made some great strides and will be in a position to better respond to whatever Brexit throws at them.

“It may have happened anyway. Regardless of Brexit, there are still cost pressures that the industry is seeing that maybe they hadn’t had in the past. They probably would have been looking at creating those supply chain improvements from a cost-savings perspective, but I think Brexit accelerated that.”