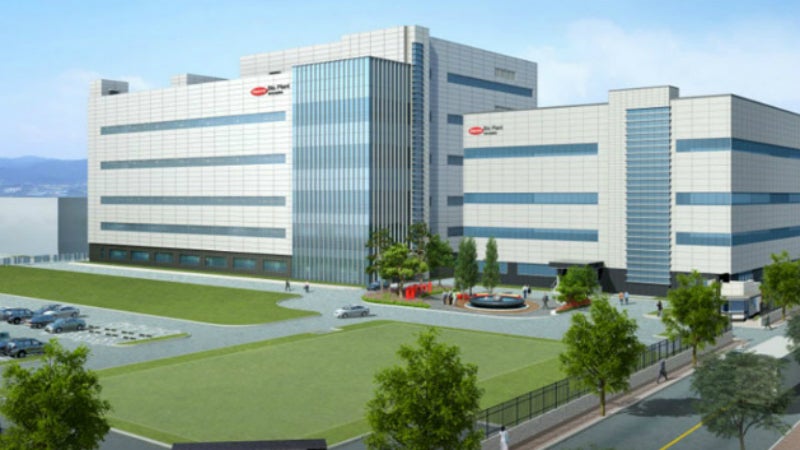 Hanmi Pharmaceutical is constructing a new biologics manufacturing facility in the city of Pyeongtaek in the Gyeonggi province of South Korea.

The building is expected to complement the company’s first biologics plant in Pyeongtaek. Plans for the facility were unveiled in April 2016.

The new plant will enable Hanmi Pharmaceutical to advance the commercialisation of new biological medicines.

The new biologics facility will be located in the Chupal Industrial Complex in Pyeongtaek, offering sophisticated industrial infrastructure to ensure efficient operation of the new plant.

The six-story building will occupy approximately 52,000m², with construction scheduled for completion in the second half of 2017.

“The fermentation and media preparation lines will be integrated with GEA VESTA® valves.”

The new facility will be equipped with two production lines for insulin. Each line will include centrifugal separators, fermenters, homogenisers, flow components, and aseptic valves.

The fermentation and media preparation lines will be integrated with GEA VESTA® valves. The lines will enable the production of a fragment of human immunoglobulin type G.

The pocket-free and easy-to-install VESTA® Sterile valves lack membranes and features one of the most effective sterile valve systems. The valves can handle the different media required for operation, cleaning, and sterilisation.

Manufactured products will be supplied for global clinical trials and for approval of quantum projects to commercialise new biological medicines. Large-scale license contracts have been signed for such medicines between Hanmi Pharmaceutical and global pharmaceutical firms, including Sanofi.

GEA was contracted by Hanmi Pharmaceutical to supply manufacturing equipment for the new plant, in February 2017.

The company is engaged in research and development (R&D) with major emphasis on biologics targeting diabetes and obesity, oncology and auto-immune disease targeted pipelines, and fixed-dose combination programmes. The company also develops new drugs in collaboration with global companies.

In September 2016, Hanmi Pharmaceutical entered into an exclusive development and license agreement with Genentech, a subsidiary of the Roche Group. The companies will develop and commercialise Hanmi’s pan-RAF inhibitor HM95573, which is currently in Phase I clinical development.

Dycem is one of the leading manufacturers and suppliers of...