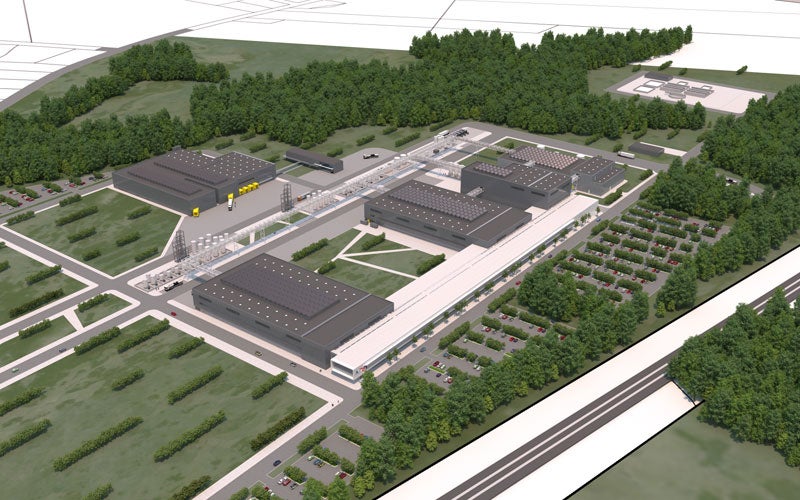 The company is investing approximately $1.85bn in the development of the production facility, which is expected to be fully operational by 2020.

The project is expected to receive approximately $94m in tax rebates from Johnston County over a period of 15 years.

The investment is part of the company’s strategy to invest approximately $2bn in production facilities in Clayton, US, as well as Malov and Kalundborg in Denmark.

It is being built adjacent to Novo Nordisk’s existing 452,084ft² (42,000m²) facility, which is involved in the formulation, filling and packaging of diabetes medicines. The existing plant also assembles and packages Flex Pen and Flex Touch prefilled insulin devices for the US market.

The new plant will produce APIs for a range of current and future GLP-1 and insulin products for Novo Nordisk.

Benefits of the new plant

"The new plant will produce APIs for a range of current and future GLP-1 and insulin products for Novo Nordisk."

The project is expected to generate approximately 2,500 jobs during the construction phase and 700 permanent jobs, offering an average salary of $68,000, which is higher than the current average salary. The existing facility in Clayton currently employs more than 700 people.

Novo Nordisk is a global healthcare organisation based in Denmark with 90 years of innovation and leadership in diabetes care. It has experience in developing treatments for other serious chronic conditions such as haemophilia, growth disorder and obesity.

The company employs approximately 41,000 people in 75 countries and markets its products in more than 180 countries.

Haselmeier specialises in the development and manufacture of innovative self-injection...

Aspen is a leading supplier of branded and generic pharmaceuticals...