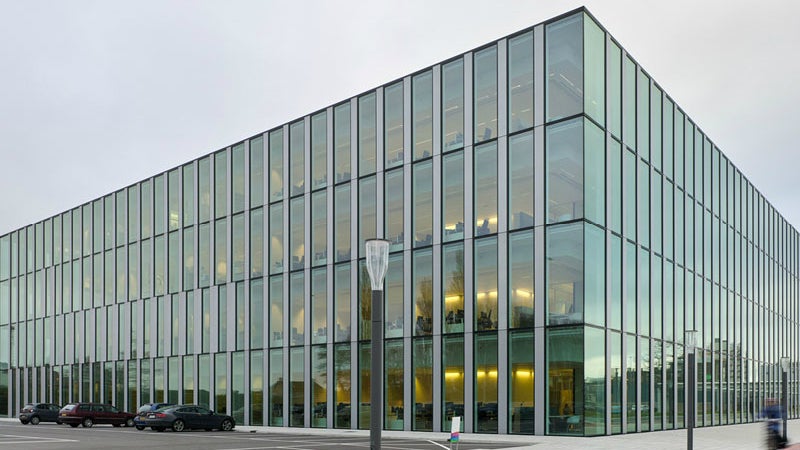 The building was developed with an investment of €100m ($106m). The new facility will be engaged in research and development (R&D) in food and nutrition, as well as feed, fuel, pharmaceuticals, and bio-based materials.

The facility is named after scientist Rosalind Franklin, who worked to understand the structures of DNA and created the basis for modern biotechnology.

The Rosalind Franklin Biotechnology Center has a total floor space of 13,800m², including offices and laboratories. The building features 3,000m² of glass panes and a 22mx9m glass roof.

The laboratory side of the building is intended for storage and equipment areas, while the office side contains an atrium with a fully-glazed panoramic lift.

The centre will also include a Food Innovation Centre and Wetering office on the site, which are expected to be connected in the future.

The facility is located on the Delft site, where DSM Food Specialties has global headquarters along with a pilot fermentation plant. It replaces the existing Beijerinck lab constructed in 1984 with state-of-the-art lab equipment and systems.

The biotechnology centre accommodates more than 400 R&D experts from 27 nationalities. It will facilitate a broad range of biotechnology specialisations under one roof and features an auditorium with two large meeting rooms.

One of the research areas of focus at the centre is production of fermentative steviol glycosides from stevia plant in order to address the growing demand for low-sugar food and beverages. The facility has also developed a new technology that turns an unpalatable agricultural by-product of rapeseed or canola into a valuable plant protein.

Deerns was awarded a contract to provide design and procurement of the mechanical, electrical, and plumbing (MEP) systems for the facility.

Cepezed Architects provided design for the biotechnology centre, while Fokkema & Partners Architecten developed the new and innovative concepts for the office space and the interior design.

The company has a workforce of approximately 25,000.

Established in 2001, Axway provides software solutions for healthcare and...

Janssen Sciences Ireland has expanded its biomedicines manufacturing facility in Barnahely, Ringaskiddy in County Cork, Ireland, with the addition of…