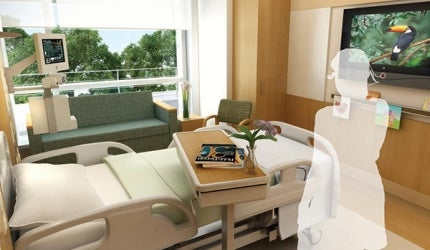 The Scripps Prebys Cardiovascular Institute was opened for patient care in March 2015, following approximately four years of construction. Located at Scripps Memorial Hospital La Jolla campus in California, US, the institute is named after Conrad Prebys, a local real estate developer who donated $45m for the development of the project.

The institute serves as a destination for heart care and meets the specific needs of heart patients. The project was developed by Scripps Health.

More than 55,000 people a year are estimated to obtain cardiovascular care from the Scripps Prebys institute.

"The new cardiovascular institute is a seven-storey tower with a 383,000ft² heart hospital."

The new cardiovascular institute is a seven-storey tower with a 383,000ft² heart hospital. It has 167 beds, including 59 intensive care beds, four operation rooms and two hybrid operation rooms. Other facilities include three cardiac catheterisation labs, a new central energy plant and a sterile processing department. It has space left for future expansion of the emergency department.

The institute also has advanced diagnostic facilities and better treatment options for cardiovascular diseases. It is also used as a centre to carry out medical research, clinical trials and graduate medical education. It brings all the Scripps cardiologists, electrophysiologists, surgeons and Kaiser Permanente heart specialists under one roof.

The institute is also equipped with state-of-the-art machinery for accurate diagnostics. It is facilitated to perform critical cardiac procedures such as percutaneous cardiac valve replacement, vascular radiation therapy and rotablator, implantation of dual-chamber defibrillator, surgery for Wolff-Parkinson-White syndrome correction and open heart surgery.

The patients are provided with single private rooms, which include designated family spaces and an advanced nurse call system. The patients and their visitors have access to the rooftop garden. It has heightened security with a single-point fixed control located at the main lobby of each floor.

The new cardiovascular institute broke ground for construction in June 2011 and was completed in 2015.

"The new cardiovascular institute broke ground for construction in June 2011."

In January 2012, an LJ1300 crane weighing approximately 320t reached the construction site to carry out the next phase of construction. It was a Liebherr model crane, which was used to erect seven storeys of structural steel. It has a multi-sectioned rigging boom for lifting weights up to 300t. The crane was brought onto the building site on 17 trucks, and was used to assemble and place the steel beams.

The construction crews began placing 5,900t of steel for the construction of the cardiovascular tower in February 2012. The last steel beam was placed and topping out was completed in May 2012.

"The cardiovascular building was designed to obtain LEED-NC Silver certification."

The design of the cardiovascular institute building was provided by HOK Architects. The architects worked for more than 40 months to develop the design. HOK also provided the interior design for the building.

The construction management contract for the Scripps Prebys Cardiovascular Institute was awarded to Jacobs Engineering Group. McCarthy Building Companies acted as the general contractor for the project.

The total cost of the project was $458m. Conrad Prebys donated $45m for the project in July 2011. Scripps Health raised the rest of the investment through fundraising campaigns and philanthropic donations.

The cardiovascular building was designed to obtain LEED-NC Silver certification. It was built in compliance with environment-friendly construction methods.

In July 2019, the UK-based Wasdell Group (Wasdell) opened a state-of-the-art pharmaceutical packaging plant in Dundalk, Ireland. Built with an…

Eli Lilly is building a pharmaceutical manufacturing facility in Durham County, North Carolina, US. The company will produce injectable products…