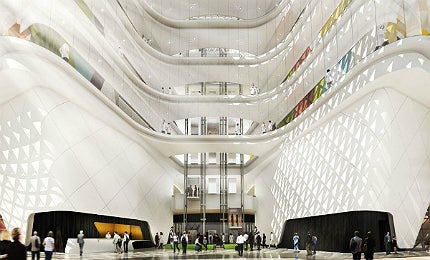 Research at the SAHMRI and lab details

"The facility was sponsored by the South Australia state government and the federal Australian Government."

The new SAHMRI facility has a total floor space of 25,000m² in a nine-storey building that is integrated with Royal Adelaide Hospital. The new facility is used for fostering innovation and improvements in health services and is a place for carrying out research on themes such as cancer, heart diseases nutrition, metabolism and healthy mothers.

It also enables research on other themes, including the mind and brain, immunity, infection and babies and children. It has a sophisticated laboratory space to accommodate 675 researchers.

The South Australian research facility is provided with state-of-the-art laboratory equipment. It is incorporated with the Physical Containment (PC) level two laboratory standards set by the Australian Government. It has both wet and dry laboratory spaces.

The SAHMRI facility was designed by Woods Bagot. The building design is inspired by the skin of a pine cone. It features a transparent glass facade made up of triangular structures with glass and diagonal steel beam supports. The façade is designed to allow more natural light into the building.

The building also features two atriums inside. The west side atrium includes the entry and bridge links between the laboratories while the east side atrium utilises an active workplace environment. The design also features glass lifts, wide open spaces, flexible working areas, lofty bridges and a spiral staircase.

Construction on the SAHMRI facility was started in February 2010. The concrete works were completed and the tree-topping ceremony held in August 2012.

The design and architecture support for the building was provided by an Integrated Design Team led by Woods Bagot, which received collaboration from RFD for lab design, Aurecon for structure design and NDY & Aurecon for services design.

The Wallace Wurth Building is the most recognisable building at the Kensington Campus in the premises of the University of New South Wales (UNSW) in Sydney, Australia.

Telstar, part of the azbil Group, is a company that...