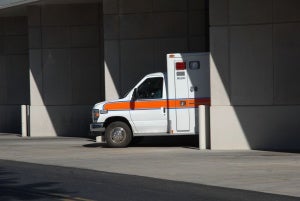 Current and previous cases suggest that the deadly novel coronavirus, which has killed 18 people, can be spread from person to person, the World Health Organisation (WHO) has said in a statement.

The WHO’s statement comes after the French health ministry confirmed a second man has been infected by possible human-to-human transmission.

In Saudi Arabia, health ministers have said two more people have died of the virus, reported the BBC.

Although little is presently known about the virus, the WHO said it has mostly affected older men, often with other medical conditions, who have developed severe pneumonia because of the virus.

Since 2012 there have been 33 confirmed cases across Europe and the Middle East, and 18 deaths.

Cases have been detected in Saudi Arabia and Jordan, and have spread to Germany, the UK and France.

"Of most concern…is the fact that the different clusters seen in multiple countries increasingly support the hypothesis that when there is close contact this novel coronavirus can transmit from person-to-person," the WHO said.

"This pattern of person-to-person transmission has remained limited to some small clusters and so far, there is no evidence that this virus has the capacity to sustain generalized transmission in communities."

In the statement, the WHO said urgent action is needed to increase the level of awareness in countries where the virus has shown to be present, and for cases to properly recorded.

"The WHO’s statement comes after the French health ministry confirmed a second man has been infected by possible human-to-human transmission."

The patient in France’s second confirmed case is suspected to have picked up the virus after sharing a hospital room in Valenciennes with a man who fell ill with the virus after returning from Dubai.

In February, in Birmingham, UK, a family contracted the virus, with one member dying. It is believed a family member picked up the virus after visiting Pakistan.

The virus is believed to be from the same family as Severe Acute Respiaratory Syndrom (SARS), which affected Asia in 2003.

However, it is not yet understood whether novel coronavirus is a mutation of an existing virus or an infection in animals that has made the jump to humans.

There are still many questions about the virus that need to be answered, the WHO said.

"There are also some questions that urgently need to be answered, including how are people are getting infected, and what are the main risk factors for either infection or development of severe disease. The answers to these questions hold the keys to preventing infection," said the WHO.

Image:18 people are known to have died from novel coronavirus. Photo: Courtesy of Robert Linder.