Listed below are the key macroeconomic trends impacting the splinternet theme, as identified by GlobalData.

The Russo-Ukrainian conflict has widened the gulf between competing digital spheres. This gulf mirrors the distrust and dysfunction in international relations, from the risk of cyberattacks to increasing competition between the US and China, with the associated technology decoupling. Competing visions risk hindering the development of international governance across various digital segments, from cyberspace to internet infrastructure, to emerging technologies.

India has adopted a pragmatic vision of the internet, engaging with actors on various sides of the policy debate, depending on the technology governance domain. On the one hand, its draft Personal Data Protection Bill mirrors principles in the EU’s General Data Protection Regulation (GDPR), suggesting a potential preference for the Western approach to data security. However, in India, internet access was cut off repeatedly in January and February 2021 as farmers took to the streets to express their opposition to agricultural reform bills.

Additionally, India has banned 321 Chinese apps, including TikTok since the increase in political tension with China in 2020 following a border clash. India believes user data was being sent via the apps to servers in China, allowing the data to be collected and analysed by what the country described as “elements hostile to the sovereignty and integrity of India and for activities detrimental to national security.”

Comment
Could copper unlock a new wave of metabolic treatments? 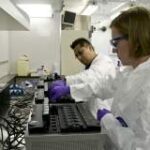 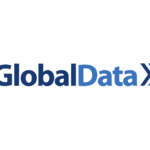 Comment
Elagolix launch is welcome, but it won't be a cure-all for endometriosis
Data Insights
View All

Amid the Russian invasion of Ukraine, Moscow appears intent on cutting itself off from the rest of the digital world and accelerating the creation of a sovereign internet. In March 2022, the media watchdog Roskomnadzor banned Facebook and Instagram and restricted Twitter, claiming that the platforms discriminated against Russians by placing restrictions on the content of state media outlets, such as Russia Today and Sputnik.

Russia’s increasing isolation is likely to hamper the country’s tech industry for a long time, as Western sanctions will cut off imports of critical products and services. Several companies, such as Microsoft, Apple, Samsung, Oracle, and Cisco, have refused to sell to Russia or shut down operations. Given the lack of a strong domestic tech manufacturing industry, Russia will increasingly depend on Chinese equipment and expertise to develop next-generation technologies.

With the entrenchment of autocratic regimes into their own narratives backed by domestic media, the splinternet will see corporate bosses increasingly forced to divest from companies and countries run by autocrats. The Ukraine invasion and Russia’s increased isolation are good examples of the types of ESG issues investors can face for holding stakes in countries linked with human rights violations. As the war in Ukraine unfolds with growing casualties and economic damage, the ethical issues start weighing on foreign investors and their financial decisions.

In China, private companies subject to strict state control, including Tencent, ByteDance, and Sina, play a crucial role in disseminating official misinformation over the Ukraine invasion, posing complex compliance issues for the companies’ investors. These platforms are promoting the Kremlin’s narrative on the Ukraine attack while suppressing posts that are sympathetic to Kyiv.

The Financial Times reports that investments in Chinese platforms are becoming problematic from a social responsibility perspective, as funds with technology holdings in China come under pressure over investors’ ESG concerns.