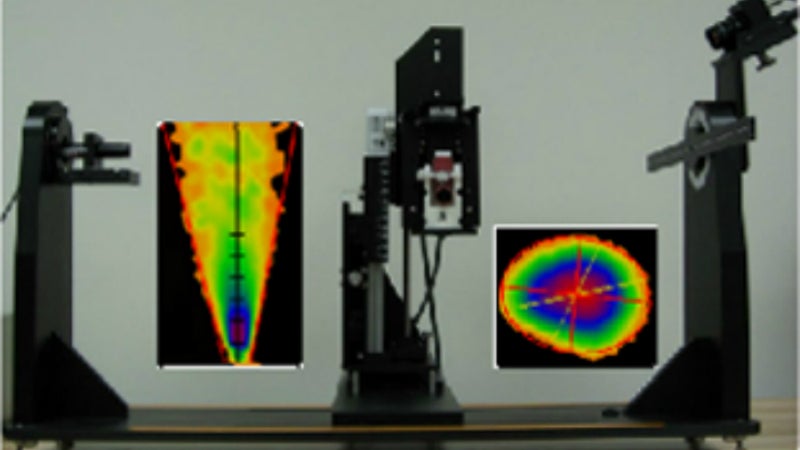 InnovaSystems is an engineering company that since 1989 has been a leading provider of automated test solutions for pharmaceutical drug delivery systems. Ask around; people in the business know us and they trust our products.

Our instrumentation is designed to help the pharmaceutical scientist perform the in vitro testing that the US Food and Drug Administration (FDA) recommends is performed on nasal sprays and metered-dose inhalers (MDI), such as:

We are also involved with test and characterization of iontophoretic patches, gels and topical creme delivery systems.

Actuators for nasal sprays and MDIs

We can supply you with any style actuator you need for your nasal sprays and MDIs – force or velocity based or both, pneumatic or electrical. If you need to validate the choice of actuation parameters, we have hand actuation monitors that will directly extract force and velocity parameters from hand actuations.

The actuators are the cornerstones of the test stations that deal with the compendial test requirements for priming / repriming, dose weight, content uniformity sample preparation, spray pattern and plume geometry. The stations are designed to be scalable to accommodate the different capacity needs from R&D to QC environments.

Single-product dose weight testing may be performed on a pump actuation weight station (PAWS) consisting of an actuator and a balance. As the pump is actuated the dose weight is automatically recorded in the software. This system also allows for manual dose collection.

Multiple-product dose weight testing may be performed on a NSP-DW or MDI-DW station. A gantry system sequentially moves 20 samples between the test rack and the actuator. Actuation and dose weight registration happens without any need for supervision. Waste material is handled through a vacuum system to a filter.

Preparation of samples for dose content uniformity may be added as a feature to the DW station. A further gantry system now handles capped sample tubes and brings them to the actuator where a spray sample is delivered to the test tube. A predetermined amount of solvent is added to the spray sample which subsequently is capped and agitated in its preparation for DCU.

Weights are documented from every single step and all data ported to an ASCII file which subsequently may be streamed to a LIMS system. The return on investment is remarkably high if a complete stability study is considered involving 10,000 tests including waste sprays, dose weights, DCU, multiple strengths, multiple lots and multiple pulls.

Agitation and actuation of MDI canisters

The pneumatic actuation principle is applied in the Fire Down 10 (FD-10) which allows simultaneous agitation and subsequent actuation of ten MDI canisters at a time, eliminating the extreme tediousness of performing ‘Dose Content Uniformity (DCU) Through Container Life’. The discharge is evacuated to a filter through a vacuum system. This is a compact stand-alone system with a touch-panel user interface.

InnovaSystems provides solutions to meet the needs of laboratories’ to improve productivity, throughput, accuracy and reproducibility of results.

These solutions include products to support testing of orally inhaled and nasal drug products (OINDP) such as metered-dose inhalers and nasal sprays, as well as iontophoretic patches and custom stations that result from the integration of standard laboratory operations such as weighing, diluting, mixing, capping/uncapping and barcode reading.

The MDI AS actuates and agitates a canister in the patient actuator.

Meet InnovaSystems at Events this Year

InnovaSystems is proud to announce the patenting of a unique linear motor system for testing...

The MDI AS actuates and agitates a canister in the patient actuator.

Meet InnovaSystems at Events this Year

InnovaSystems is proud to announce the patenting of a unique linear motor system for testing of nasal spray products.

InnovaSystems has announced it will be attending a range of events this year.

The RDD Asia conference will take place at the Grand Hyatt Hotel in Goa, India. It will feature updates on the respiratory drug delivery market in Asia.

InnovaSystems is pleased to announce the hiring of John Van Dyk in the position of Senior Field Engineer.

InnovaSystems will be exhibiting at Drug Delivery to the Lungs, DDL23, in Edinburgh, Scotland, this December.

InnovaSystems is pleased to announce the hiring of Donald Hudrick in the position of Senior Software Engineer.

John Waters and Henrik Krarup from InnovaSystems will be exhibiting at RDD and will be at the show 13-15 May.