Economists believe that a global Bio Force comprising private and government partnerships needs to be created to tackle the growing SARS-CoV-2 virus mutations.

Adrian Saville, the founder and CEO of Cannon Asset Managers, retweeted an article on the Covid-19 crisis, with genomic surveillance appearing to be a way out of it. Francis deSouza, an economist, argues that continuous genetic monitoring of viruses and mutations can tackle the Covid-19 crisis and also prevent another pandemic.

He writes that a similar revolution like that of cybersecurity surveillance needs to happen. Therefore, a global Bio Force comprising private and government partnerships needs to be created to tackle the growing SARS-CoV-2 virus mutations, as well as to protect the world from future pandemics, bioterrorism, antimicrobial resistance, and others.

An effective Bio Force will collaborate with countries, research institutes, companies, and international bodies, to advance the genomics sector. The need is urgent, and while whole genome sequencing of pathogens is rapid, scalable, and cost-effective, it can be used as a radar to spot viral threats, experts opine. 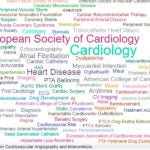 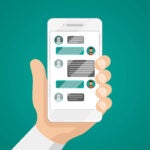 "We are still in the crucible of the covid-19 crisis and genomic surveillance is central to the solution," argues Illumina's CEO @fdesouza in The Economist https://t.co/BRTYfomFNh

David Wessel, an adjunct professor of finance and director of executive education at the Wharton School of the University, shared an article on how low-wage workers, earning less than $30,000 per year, have borne the brunt of job losses during the pandemic rather than high-wage workers in the US.

Data further suggested that just in two months, between February and April 2020, the US witnessed an unprecedented 15% decline in jobs. Some workers, particularly lower-wage workers and those without a college degree, women, minorities and young cohorts were more likely to be hit harder more than others during the Covid crisis experts claim. However, although the gap gradually narrowed during the recovery with people returning to jobs, it was short-lived due to the resurgence of the virus across various states.

Analysis revealed that during the peak of the Covid-19 outbreak, employment fell by more than one-third for low-wage workers that included food servers, home health aides, cashiers, and childcare workers, who are typically paid less than $30,000 annually, compared to a fall of 18% for lower-middle wage workers that comprised administrative assistants, carpenters, hairdressers, and truck drivers, and 9% for upper-middle wage workers who included teachers, accountants, police officers, and financial managers.

Lower-wage workers (<$30,000/year) have borne much more of the brunt of job losses during the pandemic than higher-wage workers. New from New York Fed https://t.co/39EBeV0DCA pic.twitter.com/3nhqv2UaaA

Adam Ozimek, an economist, retweeted on US Federal Reserve Chair Jerome Powell’s speech on fixing the misclassification of workers in the Bureau of Labour Statistics (BLS) data, and counting the people who left the labour force due to the coronavirus pandemic that would actually push the unemployment rate much higher to 10% in January.

The speech also highlighted how the grim statistics understated the decline in the labour market conditions for the most economically vulnerable sections in the US. While the aggregate employment declined 6.5% since the virus outbreak in February 2020, the decline in employment for workers in the top quartile of the wage distribution was 4%, compared to a staggering 17% decline for the bottom quartile.

Powell’s speech also exposed how some sectors of the economy have continued to struggle during the pandemic, and, as a result, permanent job losses have increased over the year leading to long-term unemployment. Research, however, finds that the Paycheck Protection Programme has played key role in curbing permanent layoffs and protecting small businesses.

Very important stat from Powell speech: Fixing misclassification of workers in BLS data and counting people who left labor force b/c of the pandemic would push the unemployment rate much higher.