Economists believe that vaccine rollouts and procurement goals could have been achieved much earlier.

Garett Jones, an economist and author, re-tweeted a working paper on how to accelerate vaccine availability during a pandemic. In his opinion, even at this stage, investments in expanding vaccine manufacturing capacity will have large benefits.

The study evaluates the challenges being faced by governments to procure and administer the vaccines, arguing that buyers should directly fund manufacturing capacity and shoulder risks of failure, while at the same time maintaining direct incentives for speed.

Many experts in the industry and internal organisations believe that there were hard limits on the how much supply could be created in the required time. It was found that early at-risk investments in vaccine manufacturing capacity would have resulted in large net benefits for countries for all levels of income. 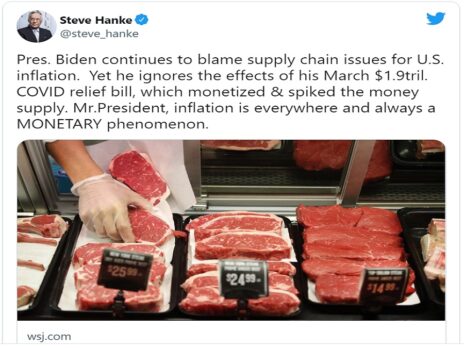 How to accelerate vaccine availability during a pandemic?

A new working paper by the experts on that question https://t.co/wDTz6HxrF5

The good news: “even at this late stage, investment to expand manufacturing capacity would have large benefits.” pic.twitter.com/iDmdBPYsbh

Noah Smith, an opinion columnist, shared an article on how China’s mask diplomacy, where the country tried to leverage the Covid-19 crisis for diplomatic gains, has given way to vaccine diplomacy which has an aggressive anti-vax element. The article detailed how the country not only developed its own Covid-19 vaccines, but in recent days, went ahead to undermine public trust in vaccines developed by the US and Germany, namely the Pfizer-BioNTech vaccine.

Chinese articles have recently highlighted the elderly deaths among vaccine recipients in Norway, and also accused English-language media for downplaying these deaths although many media outlets carried reports on them. However, some media outlets such as the Global Times did question why the US was silent on the Pfizer deaths, while others quoted China urging Australia to stop the use of the Pfizer vaccine.

China Daily further distorted the words of the Norway’s Medicines Agency, thereby suggesting a casual link between the deaths and the vaccine. Although numerous international media outlets have also reported the 33 elderly deaths among more than 48,000 who have been vaccinated, they have also maintained that the vaccine related deaths needs further probe, the article noted.

4/COVID has everyone talking about China eating our lunch…and perhaps they may.

But on vaccines, it's not even clear how well theirs work, and they've kinda been reduced to spreading bad rumors about ours!https://t.co/RVqN0akqE8

Helmut Reisen, head of research and counsellor to the director of the OECD Development Centre, shared an article on how the vaccine crisis has shown that the European Union (EU) at its worst. The recent EU reckless U-turn over controlling vaccine exports to Northern Ireland on account of the Brexit clause has triggered animosity on both sides, the article noted.

Experts believe that the European Commission’s president, Ursula von der Leyen, has made numerous mistakes and misjudgements in handling the pandemic over the past year. European leaders are now worried about how the Europe-wide Covid-19 vaccine shortfalls will be met. For instance, France, Spain and other countries continue to experience delays in vaccination schedules, while the most vulnerable groups are being turned away.

AstraZeneca, the British-Swedish pharmaceutical company, interestingly, has emerged as the culprit for European politicians. For example, France, which has been unsuccessful in developing its own vaccine, has made ill-informed comments on the Oxford-AstraZeneca vaccine being used in the UK as ineffective among people aged over 65 years.

However, Europe’s vaccine crisis has also revealed how Britain has been the best to adopt and strategise vaccine rollouts. For example, the country made quick purchase decisions and managed effective rollouts, coupled with recent data that suggests that its coronavirus vaccines have been effective in reducing infections.